Glenn Turner concerned about impact of T20 on cricket 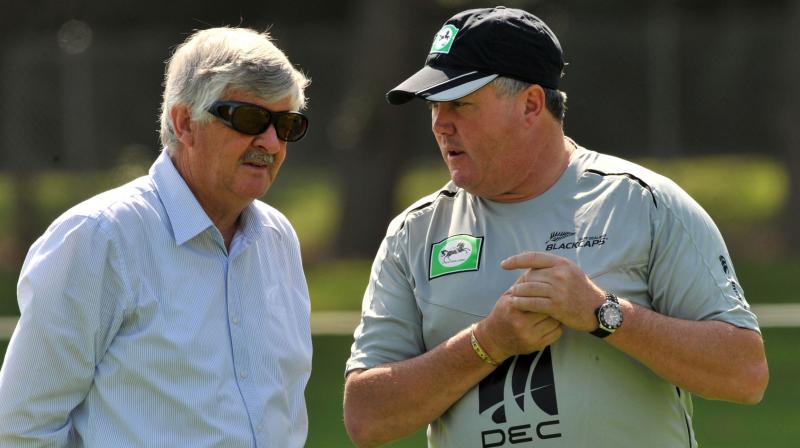 Christchurch: New Zealand legend Glenn Turner is concerned about the impact of T20 cricket on the "more worthwhile forms" of the game and feels that the coronavirus-forced break is a good time to "reassess" the future of the sport.

The 72-year-old Turner, who is also the former chairman of New Zealand's selection panel, believes that cricket administrators have "gone down a path of capitalism".

"...money rules and you've got Twenty20 dominating to such an extent where it is putting what I consider to be more worthwhile forms of the game virtually into the background," Turner was quoted as saying by 'stuff.co.nz'.

"That is only happening because of the money that they can get from that and of course the argument too, is that it is getting more people interested in the game," he said.

"But if you dine at a fast food takeaway, does that mean that you are going to go on to fine dining? I don't think so and that doesn't appear to be happening."

Turner, who has written a new book 'Cricket's Global Warming' with noted author Lynn McConnell, said the shutdown due to the Covid19 pandemic is an opportunity to reassess the future.

"More and more money is going to the top end and it's a bit like society where the gap between the rich and the poor has got greater. Hopefully after this pandemic things are going to be reassessed," the former New Zealand captain and coach said.

"I think they should be reassessed in cricket as well because your top players are really taking most of the cream and even the next group are really struggling," he pointed out.

"Then, of course, they (administrators) don't have the sort of money I believe they need to foster the game further down. That's the real concern."

Turner said in the last few decades, players have more power than the boards which govern them.

"The power has shifted almost totally to the players where boards step back and let the game be run largely by senior players. Things have turned 180 degrees and I don't think either is ideal," Turner said.

"But the thing that is happening, which I see as a mistake, is that they are getting full 12-month retainers while being able to sign contracts with as many other people as they can and not making themselves fully available for New Zealand.

"That's too big a sacrifice I feel."

The 72-year-old, who scored 2991 runs in 41 Tests and 1598 runs in 41 ODIs, was also not happy with the outcome of last year's World Cup where England were adjudged winners on the basis of boundary-count after regulation play and subsequent Super Over ended in a tie in the final against New Zealand.

During the final, New Zealand were left to rue a last-over overthrow from Martin Guptill that went for four after getting a deflection off England all-rounder Ben Stokes' bat, helping England take the match into Super Over.

Turner said Stokes should have been given out for obstructing the field.

"I think that they gave the wrong result. But to have given out the man of the match at the time for obstructing the field which ought to have happened would have of course changed the result," he said.

"Now that you are getting third umpires involved and they are seeing replays of things they will be able to make those sorts of decisions in the future I would hope," he added.