Standing in their way will be mid-table team Kings XI Punjab, who are also eyeing the title that has so far remained elusive. 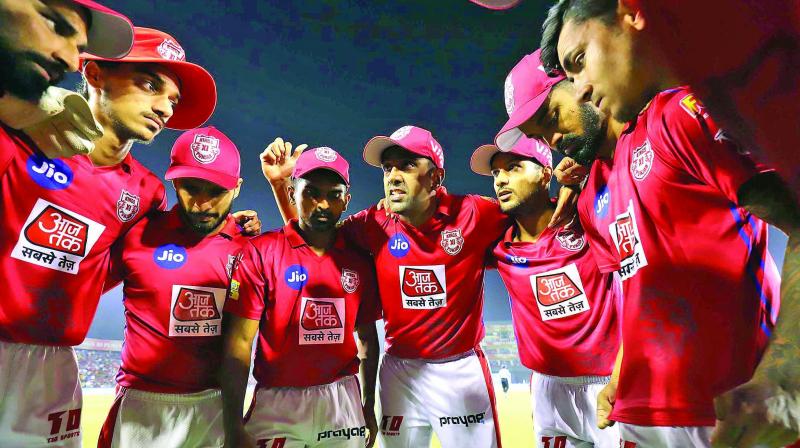 Kings XI Punjab are in a huddle. (Photo: BCCI)

New Delhi: Seeking home comforts after multiple reverses at the Feroz Shah Kotla, Delhi Capitals will be desperate to buck the trend when they take on a rejuvenated Kings XI Punjab in the IPL here on Saturday.

Rechristened before the start of the cash-rich event’s 12th edition, Delhi Capitals have been at ease on the road, winning three matches on the trot after an authoritative beginning in Mumbai.

However, things have turned out quite differently in their home ground, where they found the pitches far from friendly. The unwavering support, cheers and chants, from the galleries have not helped so far and the side, coached by Ricky Ponting and mentored by Sourav Ganguly, will look to play in the manner that befits the two greats’ status in world cricket.

For they know that if they are able to live up to Ponting and Ganguly’s expectations, chances of the fans going back home with smiles on their faces will increase manifold. And so will be their prospects of reaching the playoffs.

Standing in their way will be mid-table team Kings XI Punjab, who are also eyeing the title that has so far remained elusive. Ravichandran Ashwin’s outfit will not be short on confidence, having easily beaten Rajasthan Royals three days ago.

The likes of Chris Gayle, K L Rahul, David Miller and Mohammed Shami will look to capitalise on Delhi’s miserable record at home, and with Ashwin leading from the front, it may not be an improbable task for the confident visiting team.  Shreyas Iyer and Co have only one win from their four home matches.