Taylor is only two days away from becoming the first cricketer to play 100 games across formats. 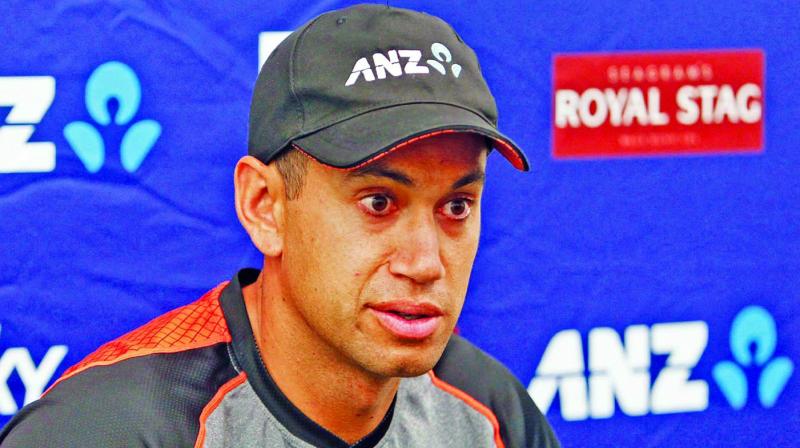 New Zealand’s Ross Taylor during a press conference ahead of the first Test against India. (Photo: Twitter)

Wellington: A fit-again Ishant Sharma will add a fresh dimension to India’s bowling attack, says seasoned New Zealand batsman Ross Taylor, who foresees trouble for his team if it focusses only on tackling Jasprit Bumrah during the upcoming Test series.

Taylor is only two days away from becoming the first cricketer to play 100 games across formats. Less than three weeks away from his 36th birthday, he has already competed in 231 ODIs and 100 T20 Internationals.

“I think if we just look at Bumrah, we are in trouble. I think their whole bowling lineup is fantastic. Obviously, Sharma coming back will bring new dynamics to the team,” Taylor said.

Ishant is returning to the Indian squad after recovering from an ankle injury sustained during a Ranji Trophy clash last month. “They have got a world-class batting line-up as well and we have to get through that. But they are the No. 1 team in the world for a reason and we know we have to be on our game to be successful against them,” he added.

On the eve of his milestone, would Taylor look back at his early days, especially the setbacks? “Yeah, I think so. That shapes you as a person and as a player,” he agreed instantly. “Sometimes it’s not necessarily the runs you get and the good times. It’s how you deal with failures along the way that shape you as a person, as the way you go about your training, as a teammate.

“Sometimes it’s the negative things that make you stronger and more resilient, and that’s what you need to be a Test player,” said Taylor.

Had the Christchurch Test against Bangladesh not been cancelled due to the terror attack at the mosque, Taylor would have played his 100th Test in Sydney against Australia last year.