According to Tendulkar, India’s success can be attributed to the right team composition. 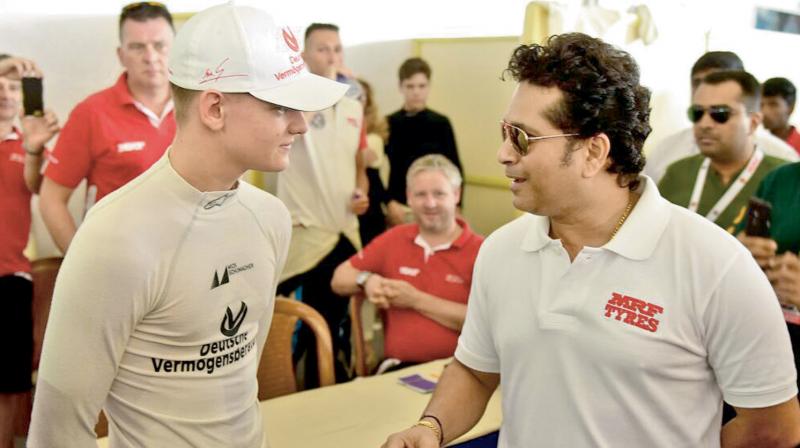 Chennai: No Indian team had achieved what Virat Kohli’s youthful brigade has done in such a short span of time. Kohli & Co.’s 19-Test unbeaten streak is the longest by any Indian captain and no wonder Sachin Tendulkar calls it a “fabulous achievement”.

Tendulkar, who was in the city to drive MRF’s two-seater Formula car at the Madras Motor Racing Track on Sunday, said he always believed in the mettle of Kohli’s side. “I have said that this team is going to play together for a long, long time and dominate world cricket,” he added.

According to Tendulkar, India’s success can be attributed to the right team composition. “We have some amazing players. It has the right balance of good all-rounders. There are batsmen who can bowl and bowlers who can bat. There are two wicketkeepers (Wriddhiman Saha and Parthiv Patel) who have gone out and scored runs. To be able to do that changes the balance of the team. We are seeing the results. And, results always follow good preparation,” he said.

When asked if he would call Kohli’s team the best Indian side ever assembled, Sachin was not ready to compare teams of different eras. “I think each era and generation played cricket differently and there were different styles of play. So for this generation, I would say it’s a fabulous achievement. But when it comes to comparison, I don’t think we should pick a team from the 50s or the 70s and start comparing. We should respect each generation and enjoy what these guys are doing. We must extend full support to them. I am enjoying the way the guys are playing,” he said.

Sachin meets Schumi Junior
Before buckling up for a few hot laps around the circuit, Tendulkar interacted with Mick Schumacher, son of seven-time F1 champion Michael, who is part of the MRF Challenge. Tendulkar said he has heard a lot about Mick through Michael who once handed him the key to a Ferrari gifted by Fiat. “Our children are of the same age. I have seen his family photos and know the way he spoke about his family since those days,” he added.

Having seen his son, Arjun, feel the pressure of his illustrious surname, Tendulkar said Mick should be left alone to enjoy his racing career. “It’s always nice to have youngsters who want to go out and compete hard and play any sport to the best of their abilities. Mick is, without doubt, one of them. But he should not be constantly pressurised like this,” he said.

Tendulkar said driving around the Chennai track was an incredible experience. “I have always been a car enthusiast. So, the firsthand experience of driving a Formula car on this track was incredible. I thoroughly enjoyed it. I am happy my timing too kept getting better and better.”