Probably one of my best innings: Yuvraj Singh

Yuvraj said that he had told batting coach Sanjay Bangar that he will go for big shots. 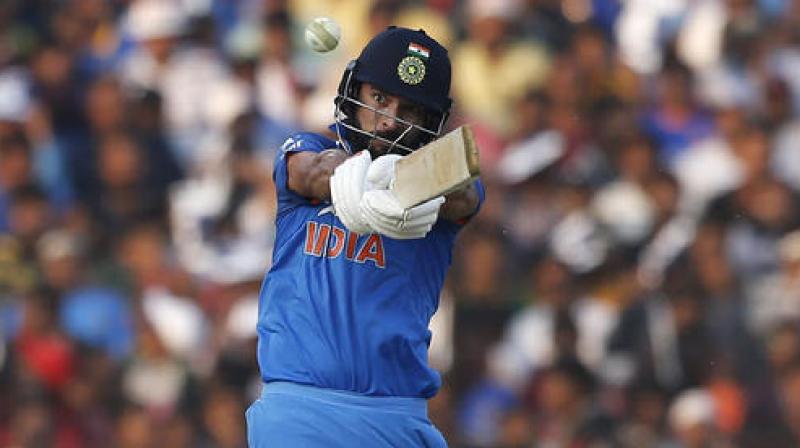 Cuttack: Veteran Yuvraj Singh termed his knock of 150 as “one of the best” in his 16-year international career.

“Probably, one of my best innings. The last time I got a hundred was in the 2011 World Cup. I am very happy with the innings. We were trying to get a partnership. I just wanted to play down the ground and not take much risk. I have been hitting the ball well in the whole domestic season,” said Yuvraj during the innings break.

Yuvraj said that he had told batting coach Sanjay Bangar that he will go for big shots.

“I had a word with Sanjay Bangar, I told him the way I am hitting the ball I will go big. With the five fielder rule, mid-on, mid-off is up, the wicket was not (helpful) for the seamers after the first 10 overs,” said Yuvraj.

He was all praise for former skipper Mahendra Singh Dhoni, who also helped himself to a hundred.

“Dhoni has been a sensational captain for India. When Mahi is not captaining, he will bat freely,” he added.