Both of them (Yuvraj and Dhoni) have been great cricketers and great finishers. God bless both of them, said Yograj Singh. 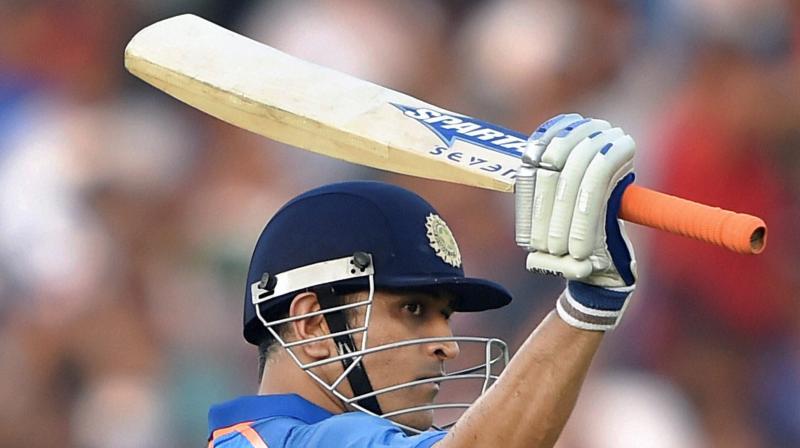 Mumbai: Yograj Singh, the former India cricketer and the father of Team India all-rounder Yuvraj Singh has expressed his "happiness" over MS Dhoni's century in the second ODI against England at Cuttack's Barabati Stadium.

Untill recently, the 58-year-old Yograj was critical of Dhoni's captaincy and was blaming Dhoni for his son's exclusion from the Indian team.

Interestingly, both Yuvraj and Dhoni reached hundreds on Thursday. Not only Yuvraj struck his first ODI hundred since the 2011 World Cup but also reached his highest ODI score.

"God bless Dhoni. I wanted him to score his hundred today," Yograj said.

"Yes, I have forgiven Dhoni. God will take care of his doings. I pray to God to forgive him for his evil against my son Yuvi."

"He (Dhoni) wasted 3 years of Yuvi"s cricket career. It was uncalled for. He should realise this and apologise to God almighty. I have always forgiven people who have done bad to me and my kids. God is great."

Yograj was not watching the match on Thursday but was being updated about the match proceedings.

"I am training my daughter Amy to be the future tennis champion. I want her to win the Wimbledon one day by the Grace of God."

"Both of them have been great cricketers and great finishers. God bless both of them."

"Yuvi, my son keeps working harder and harder. I pray to God all the time and thank him always. Congratulation to my loving elder daughter (in-law) Hazel (Keech). Be with him all the time. Love each other and look after each other always," Yograj concluded.