Stand-in captain Rohit Sharma had congratulated the duo with a humorous tweet. 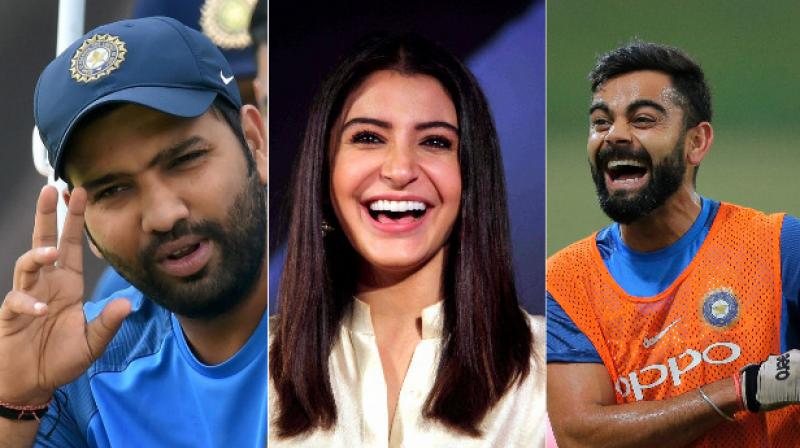 Mumbai: India captain Virat Kohli recently got married with Bollywood star Anushka Sharma, as he took a month off from playing cricket.

Following their marriage, many of the well-wishers and fans congratulated the couple through social media, including some cricketers.

Stand-in captain Rohit Sharma, who scored his third double century in the second ODI against Sri Lanka recently, also had congratulated the duo with a humorous tweet.

Congratulations you two! @imVkohli , I’ll share the husband handbook with you. @AnushkaSharma , keep the surname 😏

In return, the 29-year-old Kohli gave a fitting reply to Rohit, jokingly requesting him to share the double hundred handbook.

Haha thanks Rohit, and please do share the Double Hundred Handbook as well. 😀

Having led India to a 2-1 ODI series win over the Lankans recently, Rohit Sharma and co will now face the visitors once again in a three-match T20 series, after which they travel to South Africa for a long tour.

Virat Kohli will return back to action ahead of the tour, starting on January 5. The Men in Blue will play three Tests, six ODIs and three T20s in the rainbow nation.