We haven't seen the best of Babar Azam yet, says Ricky Ponting

25-year-old Azam played a knock of 157 against Australia A last week. 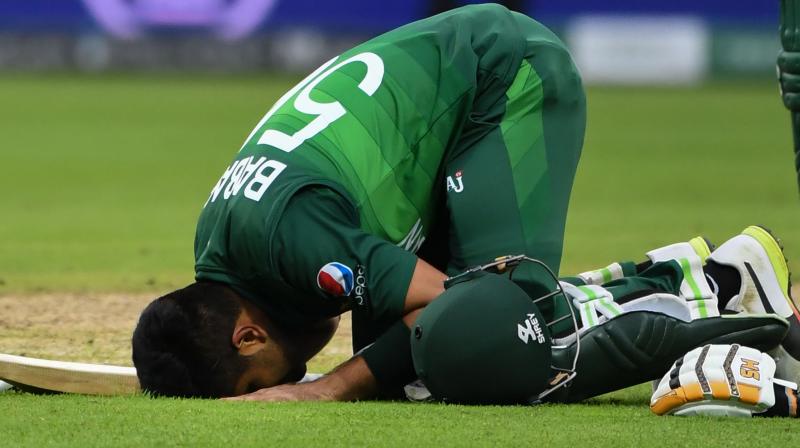 Former Australia skipper Ricky Ponting is looking forward to seeing how Babar Azam performs in the upcoming Test series between Australia and Pakistan, adding that the world has not seen the best of Azam yet. (Photo: AFP)

Brisbane: Former Australia skipper Ricky Ponting is looking forward to seeing how Babar Azam performs in the upcoming Test series between Australia and Pakistan, adding that the world has not seen the best of Azam yet.

"We have not seen the best of him yet. Twenty-odd Tests for an average of 35 - he is better than that. He averages 54 in one-day cricket at a strike-rate of about 90. He is a very, very classy player," cricket.com.au quoted Ponting as saying.

"He is a really exciting talent and probably the guy I am looking forward to seeing the most this summer. I have seen the Aussies a lot and I have seen a lot of the Kiwis, but I am really excited to see him," he added,

25-year-old Azam played a knock of 157 against Australia A last week and is also ranked as the number-three batsman in the ICC ODI rankings.

In this year's World Cup, Ponting saw the best of Azam as the current Pakistan ODI skipper registered seven fours in just 28 balls against the Australia bowling lineup.

"He looked like he was playing a different game. As soon as we over-pitched, he banged it through the covers or banged it down the ground. And when we dropped short, he got onto that pretty quickly as well," Ponting said.

Both the sides will face each other in a two-match Test series, slated to begin from November 21 at the Gabba, Brisbane. This series would be a part of the World Test Championship.