Shaw spoke about how NCA head coach Rahul Dravid helped him in recovering during the entirety of his ban. 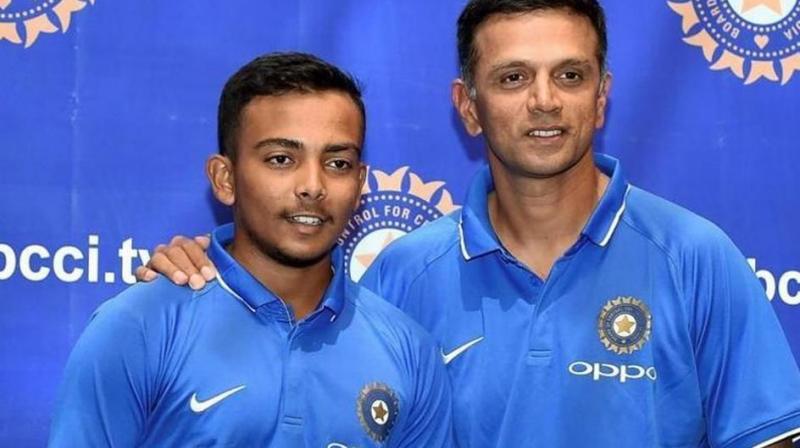 After Prithvi Shaw's arrival from London, Rahul Dravid had called him to NCA to train. (Photo: BCCI)

Mumbai: Prithvi Shaw announced his return to cricket in style with a quick-fire 39 ball 63 for Mumbai against Assam in the ongoing Syed Mushtaq Ali Trophy. He was handed a doping ban in July of this year after he ingested a prohibited substance, terbutaline, commonly found in cough syrups. His ban finally came to an end on 16th November.

After the match, Shaw spoke about how NCA head coach Rahul Dravid helped him in recovering during the entirety of his ban. After his arrival from London, Dravid had called him to NCA to train.

Speaking to Hindustan Times, he said, “I had never thought that something like this would happen. I was obviously upset. For the first 20-25 days after I was banned, I was not able to understand how it happened. Time passed by. I went to London and chilled out there as I was not allowed to practice till September 15. After that, I stabilised myself and kept myself mentally stronger by telling myself these three months would pass. But each day was hard, it was getting longer. It’s all past now.”

He added, “There was nothing in my mind. I couldn’t have done anything about the ban. After returning from London, Rahul (Dravid) sir called me to the NCA for training. There I went through a series of fitness tests like a yo-yo. Under Rahul sir, a lot of focus was on fitness. I had to clear all my fitness tests. What also helped was that during the nets good bowlers were available like Kuldeep Yadav, Bhuvi (Bhuvneshwar Kumar) and Varun Aaron. Besides, Rahul sir was always there for guidance and mental issues.”

“I think this period has been a big learning experience for me. Obviously I committed a mistake. I had no idea what I was consuming,” he said.

He also said that his father was the one who stood behind him in this turbulent time. He said, “In life ups and downs will be there. My father has stood behind me and nobody else is there. In these three months, he was with me like he has been during the U-14 and U-16 days. He felt that he needed to be with me.”