India won the first Test of the two-match series by an innings and 130 runs and consolidated their number one spot in the WTC points table. 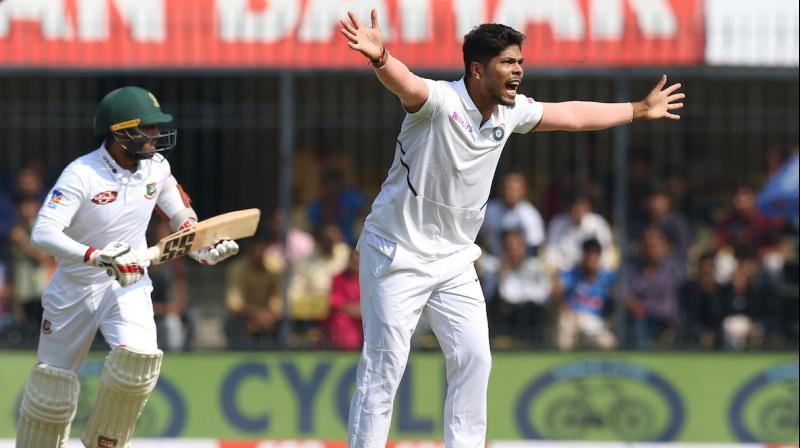 Abhishek Dalmia, secretary, Cricket Association of Bengal (CAB), on Monday said the coming first-ever day and night Test between India and Bangladesh will be a historic occasion for the Eden Gardens. (Photo:BCCI)

Kolkata: Abhishek Dalmia, secretary, Cricket Association of Bengal (CAB), on Monday said the coming first-ever day and night Test between India and Bangladesh will be a historic occasion for the Eden Gardens.

"I think every match is special and obviously the fact that for the first time a Test match is being held under lights and that says it all. It is a historic occasion. There is no doubt about it. Eden Gardens has witnessed a lot of historical occasions in the past. The first World Cup final outside India was held here and the first day and night ODI in the country was held here," Dalmia told ANI.

"So I think we are used to that but at the same time, we are very excited about it. It will be a new era. We are looking forward to it. We are not leaving any stone unturned to ensure it is a very special and memorable Test for everybody," he added.

India won the first Test of the two-match series by an innings and 130 runs and consolidated their number one spot in the World Test Championship points table with 300 points.

"A lot of VVIPs are coming because of the historic occasion. The Bangladesh Prime Minister itself is coming. So we are extremely thankful to her for agreeing to come and grace the occasion. Other than that, Home Minister Amit Shah has given his kind consent. The Chief Minister of the state will be present here as well as the Governor of West Bengal," said Dalmia.

The Kolkata Police Commissioner on Monday visited the Eden Gardens stadium and inspected the nearby areas with his team and other officials.

"I have inspected the area and stadium. There were officials from the PWD and the civil administration as well. The arrangements are going in the right direction. We expect everything to be smooth," said Anuj Sharma, Police Commissioner, Kolkata.

India and Bangladesh will play their Test under lights at the Eden Gardens from November 22-26.