'Sarfaraz Ahmed has no regrets over loss of captaincy', says his wife 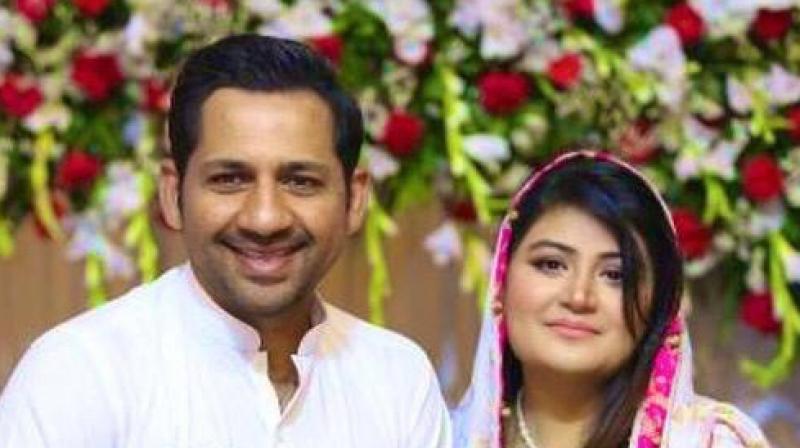 'It is Pakistan Cricket Board's (PCB) decision and we have to respect it,' says Sarfaraz Ahmed's wife.

Mumbai: Sarfaraz Ahmed, who has been removed as captain of the Pakistan Test squad as well as the limited over games, has no regrets over this decision, according to his wife Khushbaht Sarfaraz.

Speaking exclusively over telephone from Karachi, she said, "No, neither I nor my husband is disappointed. It is Pakistan Cricket Board's (PCB) decision and we have to respect it."

Sarfaraz Ahmed is unlikely to find a place in the team for the Australia tour.

Pakistan is scheduled to play three T20Is and two Test matches in November and December.

"We knew this (sacking) three days ago. It is not the end of the road for him. He will be able to play burden-free now," she said dismissing the retirement speculations.

"Why should he retire now? He is only 32. How old is Dhoni? Has he retired at his current age?" she asked.

"My husband will make a strong come back. He is a fighter and will come back", she hoped.

Incidentally, Sarfaraz will be the father of the second child.

"I am expecting in February", the mother of the first son, Abdullah, said.

It should be noted here that the captain of the national team in Pakistan and Bangladesh are chosen by their respective boards and not the selectors.

The PCB, however, is likely to have discussed with their new coach and chief selector, Misbah ul Haq.

Former Australian cricketer and TV commentator Dean Jones, however, is not in favour of the same person officiating as a head coach and the chief selector.

"In my opinion in cricket, you cannot have both roles as a Head Coach and a Selector. Imagine if you were a player with some technical or mental problems. would you be honest with your Coach as you are more likely to be sacked!", he has tweeted.

"I agree with a lot of what you say Deano but not in this instance. As a Coach your lifespan is dependent on performance, a huge part of the performance is having the right players to play a certain style and then developing a culture to suit. Culture deals with your last point.", he tweeted.