Nadeem has been a prolific performer for Jharkhand and India A over a period of time. 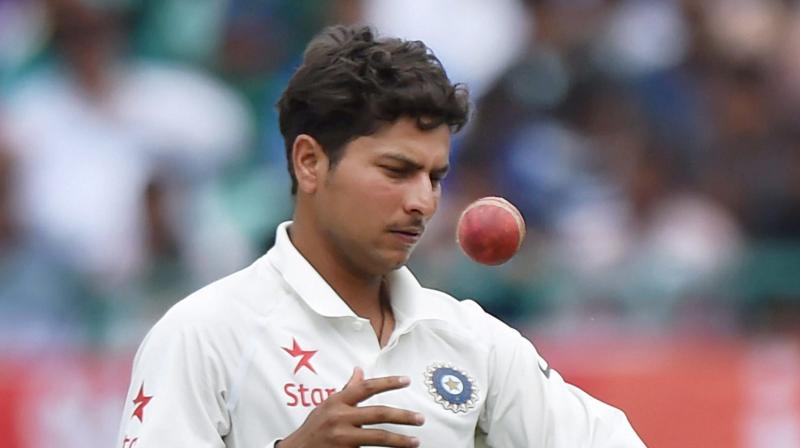 Chinaman bowler Kuldeep Yadav was ruled out of the final Test due to a shoulder injury. (Photo: PTI)

Ranchi: Left-arm spinner Shahbaz Nadeem has been rewarded for his stupendous show on the domestic circuit with a call-up in the Indian Test squad after chinaman Kuldeep Yadav was ruled out due to a shoulder injury.

Nadeem has been a prolific performer for Jharkhand and India A over a period of time. He has had back-to-back 50-plus wicket seasons for Jharkhand.

"The decision to add Nadeem was made after Kuldeep Yadav complained of left shoulder pain on Friday," chairman of selectors MSK Prasad was quoted as saying in a BCCI press release.

In 2018, Nadeem was called up in the Indian ODI team for the T20 series against the West Indies at home but did not play a game.