De Villiers raced to his 25th one-day international century off 68 balls with 10 fours and a six. 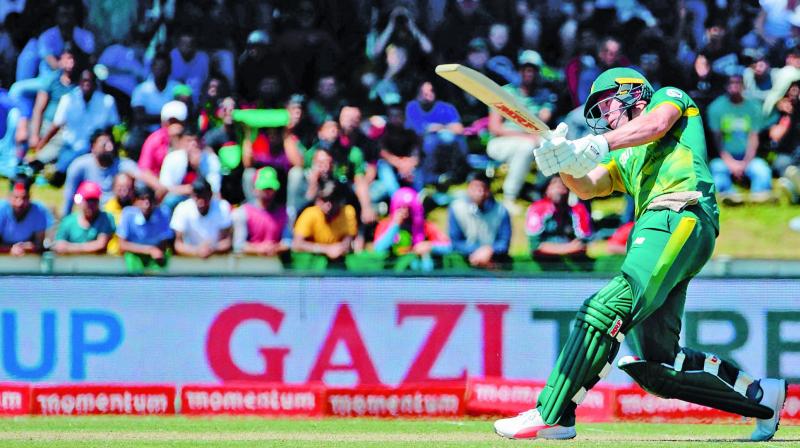 South Africa’s AB de Villiers en route to his 176 against Bangladesh in the second one-dayer in Paarl on Wednesday. (Photo: AFP)

AB de Villiers blasted 176 off 104 balls as South Africa posted 353/6 before bowling Bangladesh out for 249 to take an unassailable 2-0 lead in the three-match series. Earlier, de Villiers overcame a slow pitch and soft outfield to hit a thrilling century.

De Villiers raced to his 25th one-day international century off 68 balls with 10 fours and a six. He added another five fours and six sixes off the next 36 deliveries before he hit a low full toss from Rubel Hossain to deep midwicket with 14 balls remaining in the innings.

The ease with which de Villiers found the boundary was in complete contrast to his teammates, who managed to hit only five fours and a six between them, struggling to time the ball as it rose slowly off the surface, while the outfield was unusually slow after three days of rain.

De Villiers dominated stands of 136 off 111 balls for the third wicket with Hashim Amla (85) and 111 off 70 balls for the fourth wicket with J.P. Duminy (30). Rubel Hossain took three wickets in his last two overs to finish with four for 62.