In a rollercoaster ride of a Test series with fortunes oscillating from session to session, there were bound to be stories of success and failure. 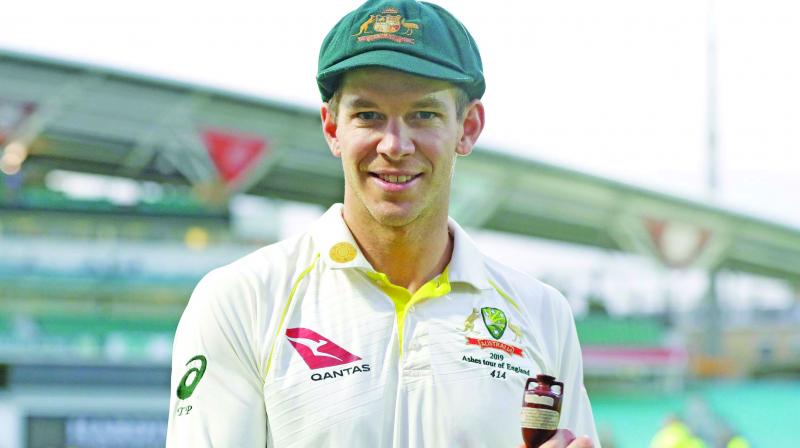 The forlorn sight of David Warner, spitting an epithet on his final dismissal in the Ashes of 2019, underscored the vagaries of cricket. Having set high standards in attacking batting of the limited-overs kind in Tests and succeeding quite spectacularly at times, Warner seemed mesmerised by the questions posed by Stuart Broad in the angles he created against the left-hander. A total of 95 runs is all he made in five Tests and he must be looking forward to the hard pitches of Australia to get back to middling the ball decisively again.

In a rollercoaster ride of a Test series with fortunes oscillating from session to session, there were bound to be stories of success and failure. If the tale of Warner, possibly the main perpetrator in the SandpaperGate scandal, was one of abject surrender, the then shamed skipper of the team, Steve Smith, batted as if this was all a ballet practice rather than a red cricket ball contest. If not for concussion forcing him to skip one Test, he may have threatened even Don Bradman’s 974 in the 1930 Ashes series. His 774 coincides with Sunil Gavaskar’s debut series in the Caribbean.

The Ashes series of 2019 was the first to have been drawn since 1972. The urn stays down under, which must be a piquant for England who battled back to force the draw after having been within a wicket of losing the Ashes and the series when Ben Stokes played that miracle of an innings at Headingley. But then the Australians, who went to England as underdogs and quite surprisingly outplayed England in many situations, had only themselves to blame for an error-strewn defence of the target in the face of the stands for the last two wickets stealing the match from under their noses in Leeds.

There will be any number of painful memories that Tim Paine will take from the series. His misjudgement in a hasty DRS call in the climactic moments at Headingley cost Australia the series. And then came his bombshell of a decision to insert England at The Oval where the pitches have invariably shown a tendency to aid spin in the fourth innings. The surface proved true to its reputation with part time off spinner Joe Root looking unplayable more often than the specialist jack Leach. Let’s just say it appears Paine threw away a pearl richer than all his tribe. Winning the toss in the final Test was that precious.

Those of us who watched a substantial part of the ashes on television may have to deal with a sort of withdrawal symptom. Not only was the cricket entertaining in its twists and turns but also the television commentary out of the series was top class. There can’t be a better combination than Nasser Hussain, Michael Atherton, Michael Holding, David ‘Bumble’ Lloyd and Shane Warne in the box. While their spot-on analysis was certain to meet with the approval of the aficionados, their banter would have kept everyone absorbed. The mute button must be the least used when it comes to commentators out of the UK.

There must be any number of ‘gobs on sticks’, as the producers tend to call them, good at grabbing the attention of cricket fans with their glib ways in front of the microphone. But when it comes to enhancing the action as seen on television, the above named team may have few equals. Many others tend to ramble in their imitation of radio commentary. Some get too earnest with the fortunes of teams in the contest while others sound too old-fashioned in their long descriptive of what has already been seen on television. This team makes cricket a subject of entertainment as well as a contest with so many technicalities and nuances involved.

The odd surprise thrown up by old clips of the team members in awkward situations — ‘Bumble’ hit in the unmentionables, Gower flying a Tiger Moth — were delightfully recaptured with the ‘culprits’ explaining themselves with huge doses of humour. And, of course, not a match goes without Warne getting a marriage proposal from a lady spectator with a banner and he acknowledges that in that broad Aussie twang that lit up the summer amid the posh accents of the UK university lads like Nasser and Atherton. Channel Nine could be loud and brash with its own set of retired cricket heroes with a mike, but the audio is no patch on the combined skills of this lot. They made the Ashes seem even more exciting than the World Cup.