Retired cricketers have never had it so good as the cash-rich game offers unlimited oppurtunities to shine in various assignments in the game. 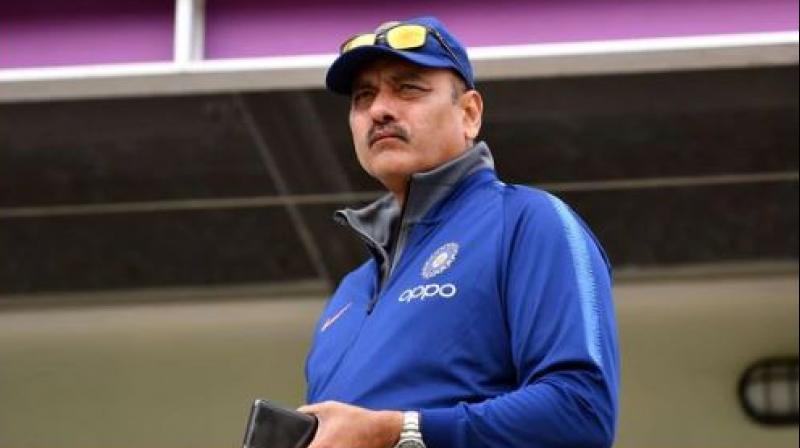 Ravi Shastri has got an extension as Team India coach — a plum job with a pay packet worth over Rs 8 crore a year! With payments in advance each quarter, it’s likely to be higher at Rs 10 crore a year from now.  Besides India coach, cricket now offers some of the best paying and most enjoyable jobs for retired cricketers.

There was a saying in the game that “Cricketers don’t retire, they simply head to the commentary box.” Known as “motormouths with mikes on”, they enjoy the privilege of being in cricket after hanging their boots up. Some of them earn as much as Rs 1 lakh for a day’s play, besides the perks of travel. The proliferation of language coverage on TV has opened up opportunities for dozens of players, breaking the domination of the early movers in high paid TV commentary like Sunil Gavaskar and Sanjay Manjrekar.

In the old days, secure employment with a national bank like SBI or private sponsors of cricket teams like Mafatlal, Nirlon, ACC, India Cements or Chemplast was the ultimate. This was in the early days of free India after cricketers lost the patronage of Maharajas who employed them in their palaces just to play the game and coach. One of India’s earliest professional cricketers, Vinoo Mankad, plied his trade in the English leagues to make ends meet.

Administrators too earn in lakhs
Today, a retired player has a wide choice of jobs or assignments to choose from. The IPL offers any number of openings from mentor to mental conditioning coach and they all come with a hefty cheque. The eight teams in the premier league employ up to 100 former players as coaches, advisers, ambassadors, with most assignments coming with a crore rupees or more. Today, national selectors are also paid for what used to be a honorary job for decades. A national selector gets Rs 90 lakh a season and the Chairman of selectors gets Rs 1 crore a season.

Umpiring represented an opening too for cricketers who have expertise in the game. But only a few opt for it although the pay and perks are huge when you are in the elite panel. S. Venkataraghavan was the first to enter the big league as umpire after having worn other hats like that of honorary administrator in the Tamil Nadu Cricket Association. Others like A.V. Jayaprakash did well to get on to the international panels.

There are professional jobs going now in admin. Dr Sridhar, who was General Manager with BCCI, was earning at least Rs 6 lakhs per month. Saba Karim does the job now for the board. Besides the coaching staff, BCCI has an admin manager also on tour, a job that Sunil Subramaniam is still doing despite being in a controversy with Indian diplomats while on tour.

With professional leagues opening in the states too as in Karnataka and Tamil Nadu, there are several jobs going for players who are either coaches, mentors or commentators. The Indian cricket system supports close to 500 jobs in various capacities for retired players. Premier leagues in other countries like Bangladesh are also offering positions now.

Wooed by foreign teams
Sunil Joshi used to work with the Bangaldesh team as its spin coach and  Lalchand Rajput was with Afghanistan. Robin singh has coached T20 teams around the world in leagues. Sridharan Sriram has a prominent job as the spin coach of Team Australia. Of course, Rahul Dravid’s is a key post as Director of the National Cricket Academy in which role he is in charge of all budding cricketers and is the chief grooming coach for all junior talent as well as women players.

There are others who run their own cricket academies. Dilip Vengsarkar was an early bird in putting together a coaching programme in Mumbai. Virender Sehwag and Madan Lal followed suit in New Delhi.

Mahi, a brand himself
Mahendra Singh Dhoni, who cannot be far from retirement, will of course be an industry by himself. With a wide spread of endorsements and a corporate position as Vice President in India Cements and a management company partnership, Dhoni will be a cricketing icon in anything he does after he hangs up his boots, gloves and willow. He would be a premier cricket celebrity as an icon and mentor.

Just being Dhoni could be a major job in itself. He is a team owner in other sports like motor racing too, besides soccer and hockey. He is also an entrepreneur with stakes in a lifestyle brand, an app and myriad other businesses. Brand Dhoni will be a success story long after he retires.