Sam Curran can’t wait to play in the Ashes

Curran is of the opinion that the World Cup win will provide a 'buzz' for everyone going into the Ashes. 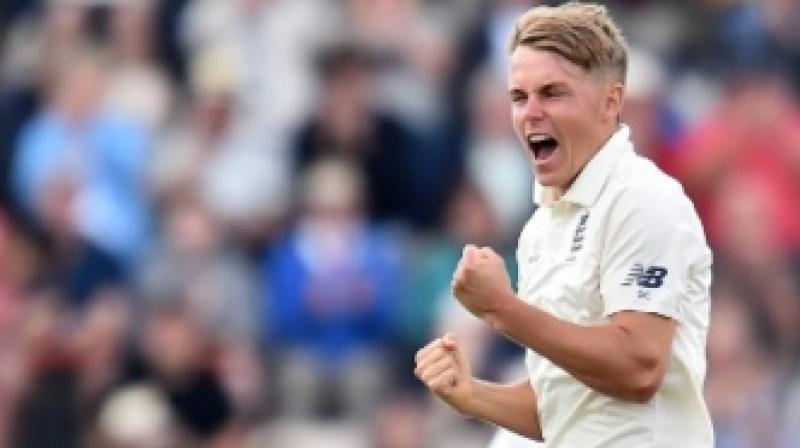 London: England all-rounder Sam Curran expressed his exhilaration over finding a spot in the 13-man squad that will compete against Ireland for a one-off Test.

"It's obviously really exciting to be in the squad for the first Test of the summer. It's the first four-day Test for England and the first against Ireland which makes it a massive event for them and an awesome thing to be part of. It's a slightly different England side to be in with a few of the big guns rested after the World Cup, but it's a really exciting group and we are looking forward to linking up this weekend," ESPNCricinfo quoted Curran as saying.

England will be playing first match after their maiden World Cup triumph. After the match against Ireland, England will face Australia for the Ashes series, which is scheduled to commence from August 1.

Curran is of the opinion that the World Cup win will provide a 'buzz' for everyone going into the Ashes.

"I don't think I'm alone in saying that it's probably the greatest cricket match ever, and for that to be the World Cup final was incredible. That will provide a buzz for everyone across English cricket going into the Ashes, which is the biggest series an England player can be involved in in Tests, and this match against Ireland. Days like Sunday get everyone, whether they were involved or not, more excited and desperate to do well so I'm sure it will rub off as we head into the Test part of the summer," he said.

Curran displayed an impeccable performance during England Lions' Test match against Australia A. Although the match ended in a tie, Curran was at his devastating best in the match as he smashed half-century in both the innings and picked up six wickets in the first inning.

"I watched the final with the Lions boys in Canterbury and the excitement was amazing. It was an incredible win and the boys have so worked hard," Curran said.

Curran's season has been full of ups and downs, however, after getting a spot in the squad, the 21-year old is hoping to feature in the playing XI and contribute as much as he can.

"I feel really good going into the Ireland game. It's been quite a frustrating season really, I came back from the IPL, played my first Champo game and got injured, had a couple of weeks out. I've come back and felt good, putting in some decent performances with bat and ball. Confidence is really good, it's just trying to contribute as much as I can. Hopefully, I'm in the XI on Wednesday and I can put in a performance," Curran said.

England will compete against Ireland for a one-off Test match starting from July 24.