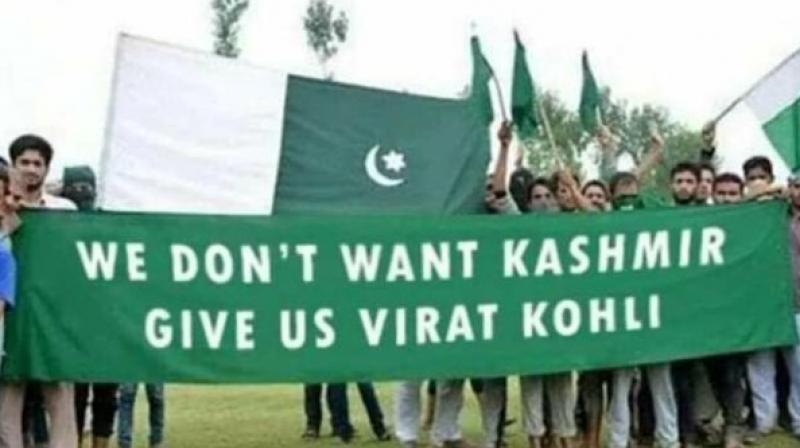 Mumbai: The clash between India and Pakistan is not just confined to cricket. Aspects like immense pressure and political tensions also get incorporated in the contest.

Fans of both the nations are more interested in bragging the rights rather than the points, which was reflected through the reactions and memes that surfaced on social media after India thrashed Pakistan on Sunday at Old Trafford.

Amid all the memes and jokes, Ibn Sinha's tweet went viral to due to the involvement of Kashmir conflict in it.

The tweet shows a picture of several youths with Pakistan flags, holding a banner reading: "WE DON'T WANT KASHMIR GIVE US VIRAT KOHLI.”

The person who posted this image claims to be a Kashmiri Muslim “but not less than a Hindu”. “My religion is Islam but my culture is Hinduism,” the bio reads.
The photo was also retweeted by several right-wing accounts, including writer Madhu Kishwar. “At one time Pakistanis used to chant, "Madhuri de do, POK bhi le lo". New ambitions, new frustrations," she tweeted.

However, a reverse image search shows that the picture originally belongs to India. The image is from an article of India Today, which they published in 2016. The article was about Kashmiri youth raising pro-Pakistan slogans in the Kashmir Valley, following Hizbul Mujahideen commander Burhan Wani's death.

The original picture shows the Kashmiri youth holding the banner which reads: "WE WANT AZAADI". 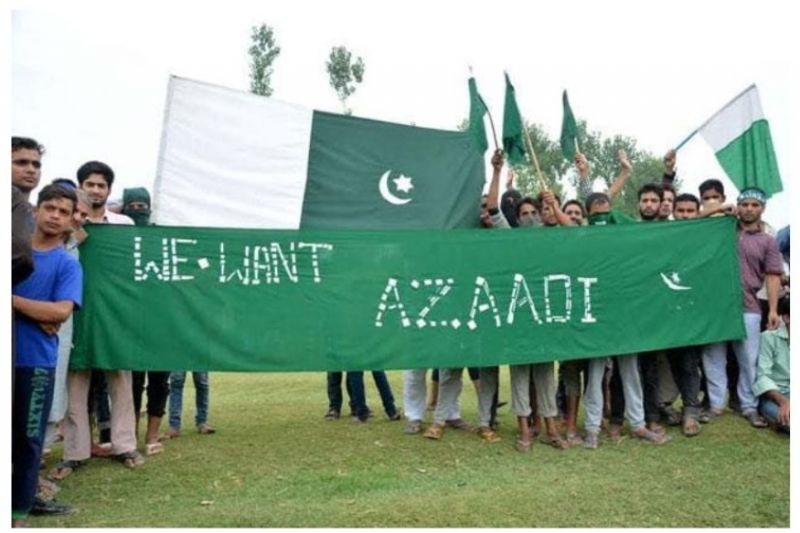