The South Africans must win to keep alive any realistic hope of a semifinal spot. 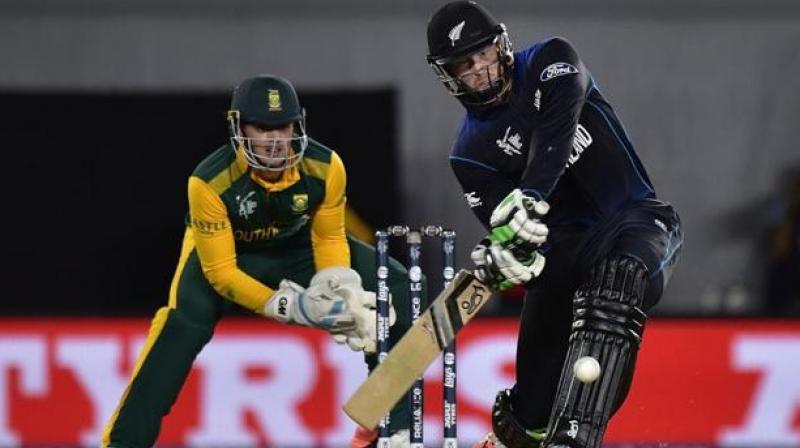 New Zealand lost the 2015 final to archrival Australia after beating South Africa in a classic semifinal in Auckland. (Photo: AFP)

London: South Africa is under pressure to beat New Zealand as the teams continue their combined 88-year quest for a Cricket World Cup title when they meet at Edgbaston on Wednesday.

The South Africans must win to keep alive any realistic hope of a semifinal spot, following defeats to England, Bangladesh and India. Unbeaten New Zealand will leapfrog England and Australia to go top of the 10-team standings with a win.

Since the first edition of the tournament in 1975, South Africa has been a four-time semifinalist but never made the final. New Zealand lost the 2015 final to archrival Australia after beating South Africa in a classic semifinal in Auckland.

South Africa quick Lungi Ngidi is set to return after recovering from a hamstring injury, while opener Hashim Amla is 24 runs away from becoming the fourth Proteas player to reach 8,000 ODI runs.

Rain is possible in the morning before the weather is expected to improve in Birmingham.