Pakistan bowler Imad Wasim can be seen joining his hands and speaking to Virat Kohli. 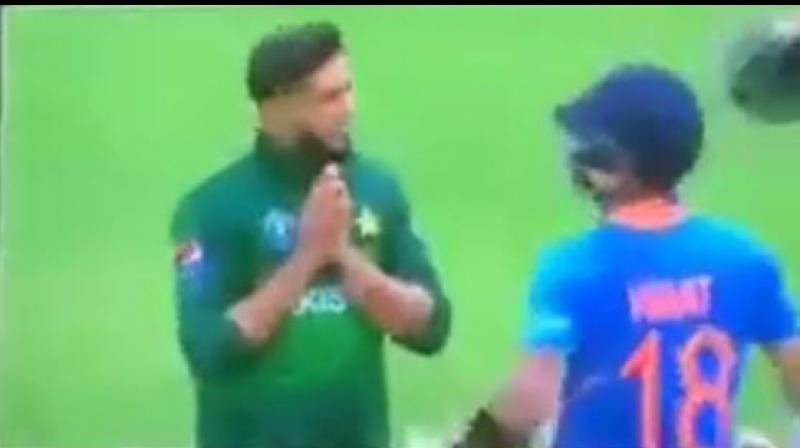 Mumbai: Indian skipper Virat Kohli was an important factor in India’s 89-run defeat of Pakistan in the India vs Pakistan clash on Sunday. The match, watched worldwide by over a billion people, was probably the most hyped clash of the tournament so far.

Virat Kohli refused to drop his wicket and stayed on strike for a large part of the game, consistently increasing his and the team's score, as India went on to make 336 runs for 6 wickets.

In a hilarious and light-hearted moment amidst the fiery rivalry, Pakistan bowler Imad Wasim can be seen joining his hands and speaking to Virat Kohli, perhaps asking the Indian skipper to get out.

After the dismissal of India opener Rohit Sharma, skipper Virat Kohli was responsible for taking India’s score higher. Kohli made an impressive and consistent 77 runs off 65 balls in the innings before returning himself to the pavilion following a controversial wicket.