Pakistan cricketers have been heavily censured on the social media after their loss against India. 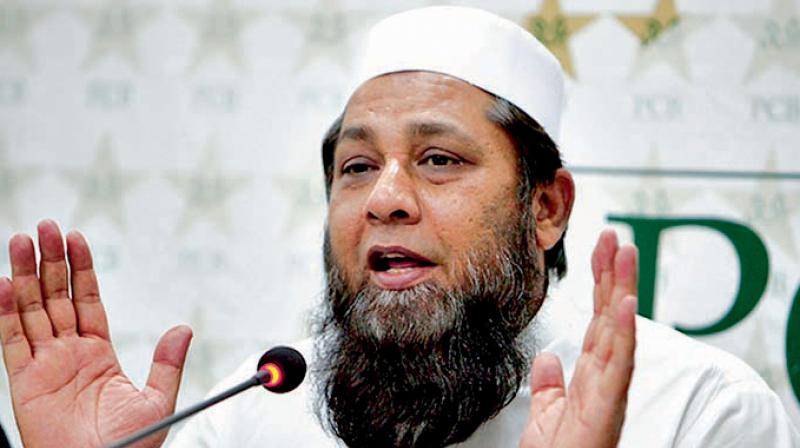 Pakistan has managed to win only one match out of five in their World Cup campaign.

Mumbai: Former Pakistan captain Intikhab Alam has questioned the presence of chief selector Inzamam-ul-Haq in England. Alam criticised Pakistan Cricket Board (PCB) for allowing Izamam to stay in England at its expense.

"Once the selection committee has selected the team, the captain and coach take over to select the playing 11 and decide on the tour matters," Intikhab told the Dawn. "So what is the role of Inzamam-ul-Haq there and why has the PCB allowed him to go on an official visit and interfere," he questioned.

Pakistan cricketers have been heavily censured on the social media after their loss against India.

Pakistan are suffering from a poor run of form in the ongoing World Cup 2019. Pakistan has managed to win only one match out of five in their World Cup campaign.

Alam also stated that the team management was responsible for Pakistan's poor performance in the tournament. He emphasized on the management's poor planning for the marquee event.

"They should have a solid strategy against each team, complete knowledge about the kind of pitches in the mega event, the weather conditions and weaknesses and strengths of their rivals. Sadly, none of that has been on display and the performance of the Pakistan team so far shows that no comprehensive game-plan was ever in place," he added.

Alam has also called for an immediate inquiry against players who were captured on camera partying night before the important India-Pakistan clash.

"It is wrong as the players are on their national duty and there must be a discipline to be followed strictly," said Alam.

Pakistan, currently placed ninth in the table will be eager to outplay a struggling South African side in their next match. Pakistan and South Africa will lock horns on June 23 at the Lord's.