The side includes four Pakistanis, three Indians, three Englishmen and one Bangladeshi, with Kane Williamson of New Zealand as 12th man. 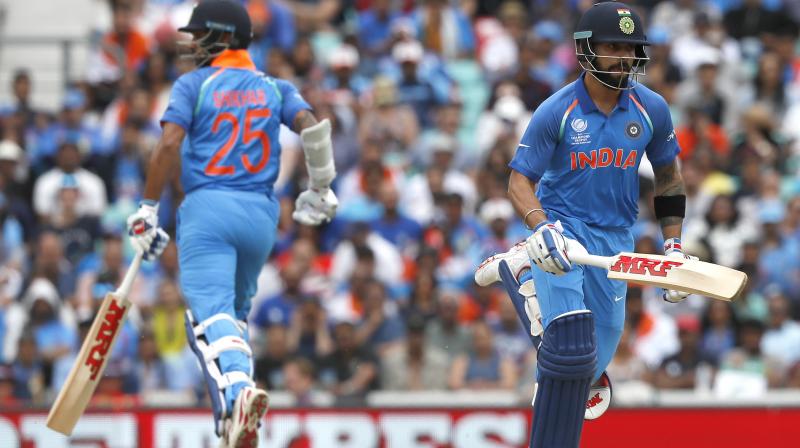 London: Skipper Virat Kohli, opener Shikhar Dhawan and Bhuvneshwar Kumar were the three Indian cricketers, whose name featured in the ICC Champions Trophy 2017 Team announced by the International Cricket Council (ICC) on Monday. The ICC named Sarfraz Ahmed as the captain of the team.

Pakistan on Sunday came out on top with a commendable all-round performance as they defeated India by 180 runs at The Oval to lift their maiden Champions Trophy title.

The side includes four Pakistanis, three Indians, three Englishmen and one Bangladeshi, with Kane Williamson of New Zealand as 12th man.

The ICC Champions Trophy 2017 Team is: