Sarfraz Ahmed pleads other countries to play matches in Pakistan

Pakistan’s cricket culture has taken a drastic hit due to terrorist activities in the country. 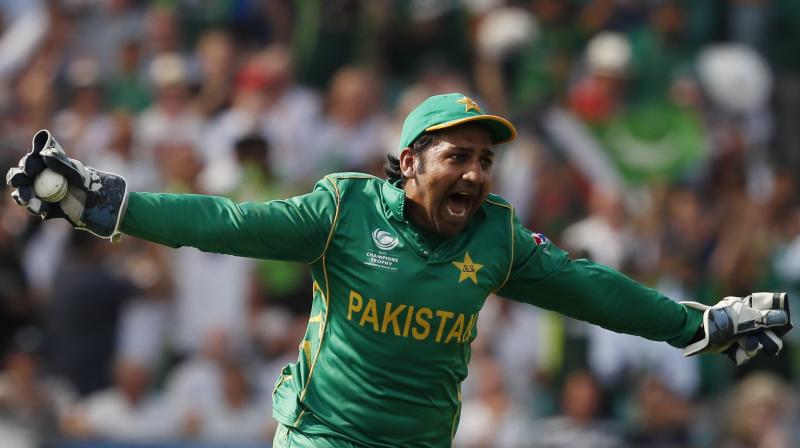 "For years now, Pakistan are playing home matches in Dubai. We don’t get the home advantage like other teams,” said Sarfraz.

London: Pakistan captain Sarfraz Ahmed, who helped his side clinch their maiden ICC Champions Trophy, has asked for more cricket to be played in the South Asian nation.

Pakistan’s cricket culture has taken a drastic hit due to terrorist activities in the country. As a result, other countries have refused to tour the country. Currently, Pakistan have been playing their home series in Dubai.

In a dominant performance, Pakistan, the lowest ranked team in the tournament, defeated defending champions and pre-tournament favourites India by 180 runs.

Speaking to reporters after the match, Sarfraz brought to light the issues that cricketers from his country face.

"For years now, Pakistan are playing home matches in Dubai. We don’t get the home advantage like other teams,” said Sarfraz. “Through this victory, I would like to appeal to the other teams that please come and play in Pakistan.

“Everyone will remember this achievement, not just for today or tomorrow but for a long, long time in Pakistan cricket,” continued Sarfraz. “The boys were really motivated today. We came here as a number eight ranked team and won the tournament. Hope all nations now come and play cricket in Pakistan.”

Sarfraz also highlighted the importance of the Pakistan Super League, which helped the country identify talented players like Fakhar Zaman and Hasan Ali.

"We have had youngsters benefiting from PSL. Players like Hasan Ali, Fakhar Zaman were playing their first tournament and showed us that what they are capable of,” said Sarfraz. “Lot of credit also goes to senior players like Hafeez bhai (Mohammed Hafeez) and a brilliant spell from Amir.”