‘England are red-hot favourites for 2019 World Cup, they deserve to be no 1’: Langer

England has had huge success in the ODI format after 2015 and the success can be credited to their newly adapted aggressive batting style. 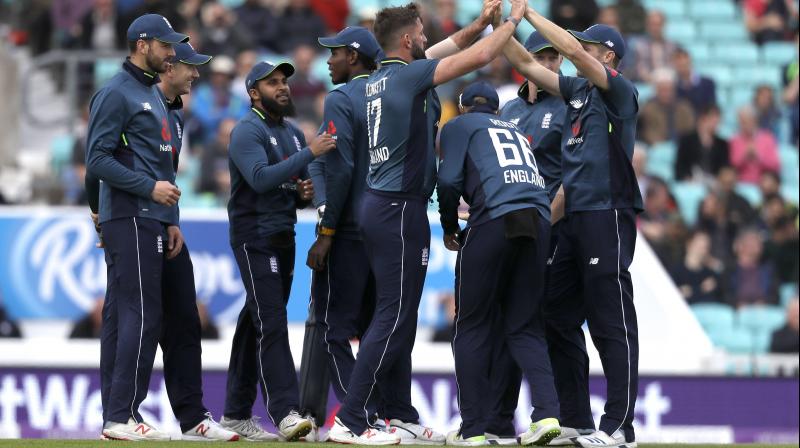 The pitches in England have become batsmen-friendly over the years and in 2018 Australia conceded the highest ever score in ODIs. (Photo: AP)

Melbourne: Australia coach Justin Langer on Sunday said that England are obviously the red-hot favourites going into the World Cup and said the team deserves to be the number one team in the world.

"So we're looking forward to playing them. There's always good rivalry between us and it's going to be nice for us to see how we're at against the best team in the world," he added.

England has had huge success in the ODI format after 2015 and the success can be credited to the change in the batting style. The team is now known for its aggressive mindset.

But, Langer said Australia should stick to their formula to achieve success in the ODI format. He even said that the team will have to compete a little harder against England and India.

"We've been hearing it for 12 months. We've shown if we stick to our formula then we'll have some success. It's as simple as that," Langer said.

"And when it comes to playing India and England, we're just going to have to compete harder and be ready for them," he added.

The pitches in England have become batsmen-friendly over the years and in 2018 Australia conceded the highest ever score in ODIs. England scored 481 runs against Australia at Trent Bridge.

Langer believes if the team sticks to their gameplan, they too will be able to post huge scores on the board.

"In terms of scores, a lot will have to do with the grounds we play on, the conditions, whether we're chasing or setting, all those sorts of things," Langer said.

"But we're really clear on the game plan. We showed in India and (against Pakistan) that, if we stick to it, we'll score big enough scores to win games of cricket," he added.

The team will take on England and Sri Lanka in two warm-up matches before the World Cup on May 25 and 27, respectively.

Australia takes on Afghanistan in their first match of the World Cup on June 1 at Bristol.