'Skipping matches is not the remedy': Ganguly on workload control

There has been a lot of discussion on how the players need to effectively manage their workload during a demanding tournament like the IPL. 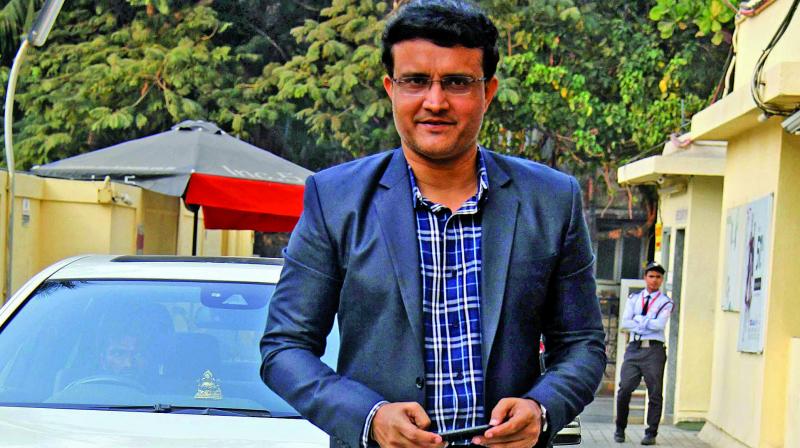 The IPL ends on May 12, while the World Cup starts in England from May 30. (Photo: File)

New Delhi: "Not playing is not the solution," former Indian skipper Sourav Ganguly stated on Tuesday amid concerns around players' workload with the World Cup starting only a few days after the IPL.

There has been a lot of discussion on how the World Cup-bound players need to effectively manage their workload during a demanding tournament like the Indian Premier League. The IPL ends on May 12, while the World Cup starts in England from May 30.

"Yes, there is a lot of cricket but you just play. How many cricketers get to play 15-16 years of international cricket? I don't think anyone should worry about being fatigued, being tired. Just find a way to get fresh," Ganguly said during an event organised by IPL franchise Delhi Capitals.

Ganguly was recently appointed advisor of the rechristened Delhi Capitals. Ganguly said skipping matches is not the way to go.

"... Because I have always said there is limited time to play this sport. Getting opportunities at the international level, at the IPL level, this will never come back, so find a way to get rest, find a way to stay fresh and keep playing.

"Not playing is not the solution, even our generation played a lot of cricket. Yes IPL was not there as it came towards the end of our career but, cricket-wise, it was same.

"I keep saying that before you realise, you will see 10-12 years have just flown away. Just make the most of it and play every possible cricket match you can," Ganguly advised the present-day cricketers.

Skipper Virat Kohli recently said it is up to the players to realise the kind of load they are taking, and the iconic Sachin Tendulkar Monday agreed with him.

According to Ganguly, the cricket boards would be better off with a little bit of flexibility, leaving the decision on players.

"Decision should be left to the players. It's their career, you play at the top level consistently and you can get injured. And there is no guarantee that when you play for the country you won't get injured.

"So there is no hard and fast rule. I believe in one thing, as a player, when you get an opportunity, play, never say I don't want to play."

Delhi Capitals advisor Ganguly and coach Ricky Ponting also lavished praise on seasoned pacer Ishant Sharma for his growth in international cricket, saying he is bowling at his best at the moment and is someone who can make adjustments effortlessly.