Tendulkar echoed what Kohli had said a couple of days earlier during a media interaction in Bengaluru. 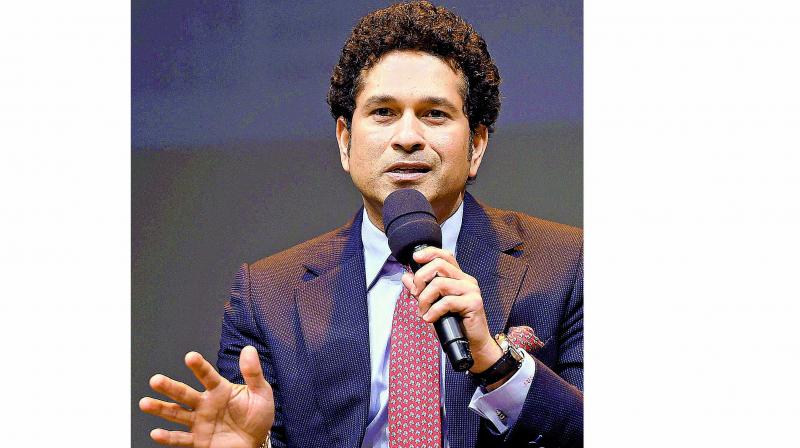 New Delhi: There cannot be a uniform structure for workload management during the Indian Premier League as each and every player will have different set of requirements, the legendary Sachin Tendulkar said on Monday.

There have been a lot of discussions about how the World Cup-bound players need to effectively manage their workload during a demanding tournament like the IPL, and the maestro has his own take on it.

“Preparation before the World Cup is different for each player and so their workload management will also be different,” Tendulkar said.

Tendulkar agreed with skipper Virat Kohli who recently said that it is up to the players to realise the kind of load they are taking as well as the form they are in. “To me, momentum is important. Every individual should be smart enough to assess if he needs to take a break or he needs to play games to stay in the thick of things. So the responsibility is on the individual to take a call,” said the world’s highest run-getter in Tests and One-day Internationals.

He then gave an example of how workload management will be different for different players. “As a pace bowler Jasprit Bumrah’s workload will be very different from a pure batsman like Virat Kohli and a wicket-keeper batsman like Mahendra Singh Dhoni. All these players have a lot of experience and they will certainly make the right call,” said Tendulkar, who is a mentor with IPL’s most popular franchise Mumbai Indians.

Tendulkar echoed what Kohli had said a couple of days earlier during a media interaction in Bengaluru. “If I’m able to play 10, 12 or 15 games, it doesn’t necessarily mean that the other guy can only play that many. My body might demand I play a certain number of games and I need to be smart about that and rest,” the Indian skipper had said.

“Someone else’s body might be more capable than mine or less, that is a very individual thing. And everyone wants to play the World Cup, so people will be smart about it because you don’t want to miss out on such a big event.”

Kohli had said that it is up to individual players to deal with the issue to keep their body fit and be in contention for a place in the World Cup-bound squad. “From a responsibility point of view, all the Indian players will have the responsibility during the IPL to keep a watch on their fitness and their workloads,” he said.

“And to continue the frame of mind we have created in the Indian team - strive towards excellence and improve every day. Each player will take this tournament as an opportunity to go to the World Cup in a good frame of mind,” he said.