The head of the CoA said both Dhoni and Kohli wanted A+ to be a functional category to indicate who are the Indian team’s top performers. 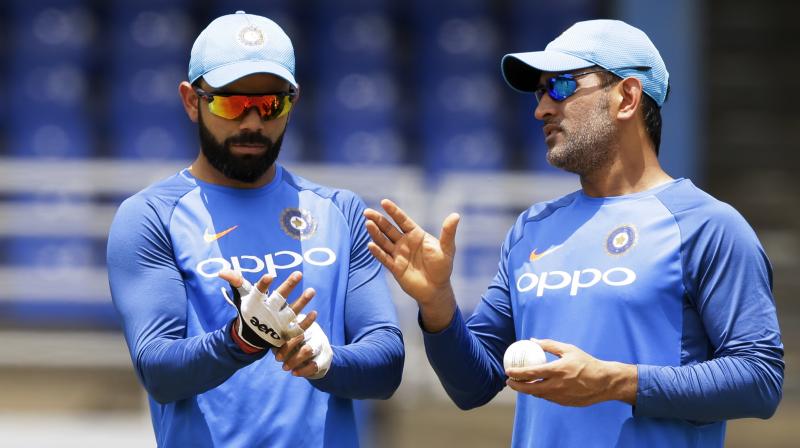 New Delhi: Contrary to popular belief that Mahendra Singh Dhoni was relegated from the elite category of central contracts, it was the former skipper himself who wanted an A+ grade for top performers, says Supreme Court appointed Committee of Administrators chief Vinod Rai.

Twenty-six cricketers have been handed central contracts with skipper Virat Kohli, Rohit Sharma, Shikhar Dhawan, Bhuvneshwar Kumar and Jasprit Bumrah being included in the `7 crore A+ category. Dhoni is in the A category with `5 crore annual retainership.

“This A+ category was proposed by the players themselves. We had a discussion about this category with Dhoni and Virat. They proposed that there should be category of world class excellence in which players who play all three formats of the game should be there,” Rai said.

What the former CAG found heartening was the camaraderie between Kohli and Dhoni. “Their camaraderie is exceptional with so much mutual respect. Virat respects Dhoni’s cricketing acumen and Dhoni respects what Virat is achieving as a player,” said Rai.

In fact, Virat has told the CoA why he thinks Dhoni is irreplaceable in the limited overs set up as of now. “Virat feels that there are no faster pair of gloves than M.S. Dhoni. Also Dhoni’s cricketing mind honed over so many years is an asset for Virat. As far as how many years of cricket is left in him, time and his performance will tell,” he said.

Rai said that the best part about central contracts was that it ensured a decent earning for domestic players. “These increases have been proposed in consultation with the players. Domestic players, who were getting `10-12 lakh per annum, will now get `20-22 lakh per annum in addition to the earnings from Gross Revenue System (profits from TV broadcast).

“Now with this kind of salary, domestic players can concentrate on their game without looking for jobs,” Rai said.

There was a lot of anguish among BCCI office bearers at not being consulted and the finance committee being allegedly bypassed but Rai set the record straight. “We discussed with players and we placed the proposal to the office-bearers. The package was there with them from September (2017) and there’s nothing new in it. Finance committee did not meet is a fact but package was known to them,” said Rai.

“They did not even have any comments to make. Finally, when we again met the players (during Sri Lanka series), we showed them and they did it was reasonable. So we decided to put it out as players have contracts and their insurances are in place before IPL,” he said.