Sri Lanka clinched the Twenty20 series against Australia with a last-ball boundary for the second consecutive match. 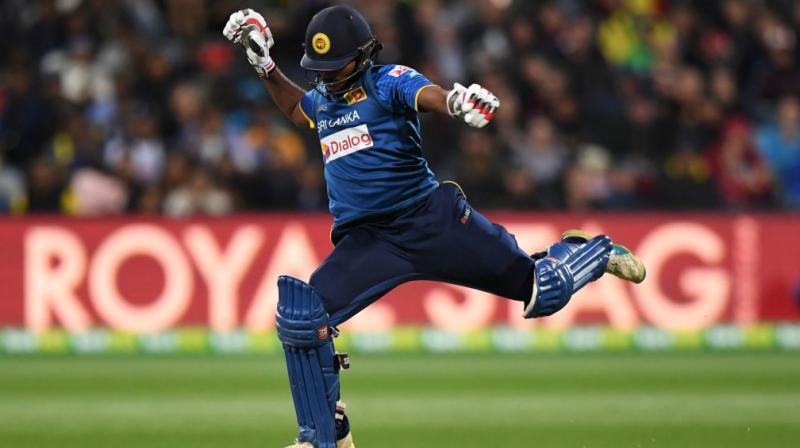 The Sri Lankans also won the opening game in Melbourne with a boundary on the last ball. (Photo: ICC)

Geelong: Sri Lanka clinched the Twenty20 series against Australia with a last-ball boundary for the second consecutive match, with Asela Gunaratne clubbing Andrew Tye for four on Sunday night to finish unbeaten on 84 in a two-wicket victory.

Sri Lanka won the toss and fielded in game two and bowled Australia out for 173, with Nuwan Kulasekara (4-31) taking three wickets in the last four balls to restrict the hosts.

The Sri Lankans were in trouble in reply, losing skipper Upul Tharanga (4) in the first over and slipping to 40-5 in the fifth over.

But Gunaratne combined with Chamara Kapugedera (32) in a 52-run sixth-wicket stand to get the innings back on track and worked with the tail to get into a position where he needed two runs from the last ball to secure a win.

He blazed Tye to the long off rope to finish not out 84 from 46 balls and secure the win for Sri Lanka with a match to spare.

The Sri Lankans also won the opening game in Melbourne with a boundary on the last ball.

Australia's test squad is in India preparing for a four-test series starting this week, leaving Aaron Finch to lead the T20 lineup.