The Proteas took an unassailable 2-0 lead in the three-match series with comprehensive wins in Cape Town and Centurion. 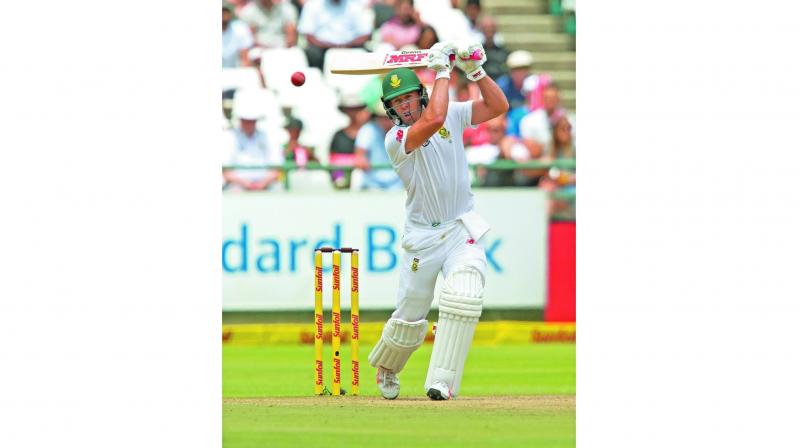 Johannesburg : South African swashbuckler AB de Villiers on Thursday found a positive for India in what has been a thoroughly disappointing Test campaign here so far — their “lively pace attack” which he says, has surprised the hosts.

The Proteas took an unassailable 2-0 lead in the three-match series with comprehensive wins in Cape Town and Centurion.

“India have really impressed me. They have surprised us in terms of pace bowling. They have showed a lot more skill and definitely there is a lot more pace than we expected,” de Villiers said on Thursday, at an event to launch the Pink ODI against India on February 10.

The batting genius, whose knocks proved crucial in both the Tests, said he is enjoying his return to the five-day cricket and lauded the Proteas for their all-round show.

“Test cricket is the ultimate challenge. It was very enjoyable to be part of a really important and good series win. I think it was a great team effort from everyone, from the fielders, to the bowlers, and to big pressure moments with the bat in hand.

“It was just an all-round good team performance. I am obviously enjoying my cricket and loving it out there with the boys. It has been a great couple of Test matches,” he said.

Talking about his physical fitness after returning to the longer format for the first time since December 2015, the former South African said, “It feels like my debut back in 2004 when I started as an opening batsman, then a keeper at no.7 and back to opening, and up and down.”