At Stumps on Day 3, India were comfortably placed at 391-4, and still trail by England's first innings score of 477 by 86 runs. 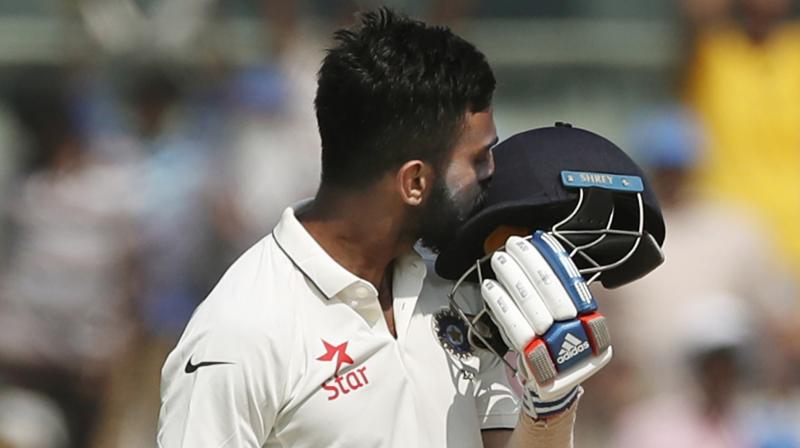 Rahul shared a 161-run stand with his Karnataka team-mate Karun Nair to cut down the deficit. (Photo: AP)

Chennai: Opener Lokesh Rahul struck a stunning century in excellent batting conditions on offer at the MA Chidambaram Stadium to lead 's response in the fifth and final Test against here on Sunday.

However, the opener was unfortunate as he got out just one run short of his maiden double hundred in the last hour of the day. Rahul was out caught by Jos Buttler off Adil Rashid's bowling when he tried to chase a wide one but not before scoring a magnificent 199.

Resuming at the overnight score of 60-0, India began day three assertively, with Rahul and Parthiv Patel (77) stretching their overnight opening partnership to 152, before the visitors pegged them back with three wickets including those of the in-form Cheteshwar Pujara and Virat Kohli at their individual scores of 16 and 15 respectively.

However, Rahul shared a 161-run stand with his Karnataka team-mate Karun Nair to cut down the deficit. The bowlers toiled all day on the barren pitch, on which wickets seemed to be at a premium.

At the end of day's play Nair and Murali Vijay remained unbeaten at the crease at 71 and 17 respectively. The duo had, however, made sure that finished the day well on top as the game appears to be heading for a draw.