Mujeeb, however, is not the world's youngest cricketer to marry 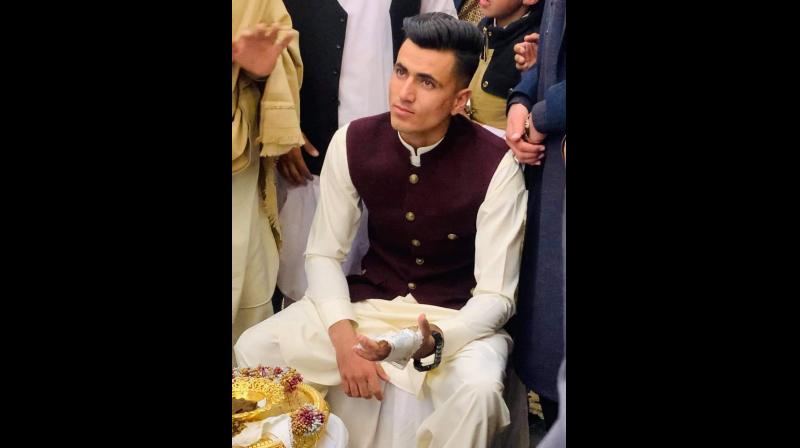 Afghanistan's 19-year-old spin sensation Mujeeb Ur Rahman got married in Kabul on Friday.

Despite the ongoing pandemic, a huge number of guests, including other Afghanistan stars and team mates, attended Mujeeb’s wedding.

The players could be seen wearing traditional attires of Afghanistan and dancing together as they enjoyed the party to the fullest. Mohammad Nabi and Gulbadin Naib were some of the prominent faces seen at the ceremony.

It is not uncommon in Afghanistan when people marry at such a young age. Mujeeb, however, is not the world's youngest cricketer to marry, according to Michael Jones, a cricket enthusiast.

“Don't know for sure, but Alan Butcher (former England cricketer) would be a strong candidate. He was 18 at the time of his marriage, and his son Mark was born soon afterwards,” Jones, who loves to have fun with figures and cricket statistics, said exclusively over the telephone from England.

The age difference between Alan Butcher and his eldest son Mark, who played 71 Tests, is 18 years. Mark is now in Pakistan commentating on the PSL.

Alan Butcher, speaking from England, said, "Yes, I did marry at the age of 18". He, however, did not spell out the reasons for his early marriage.

"I wish Mujeeb and his wife all the best," Alan signed off.

T Natarajan to shave off his beard, says his daughter's birth proved to be lucky