The 39-year-old also admitted that it was wrong of him to play with them, but he could not have done much about it. 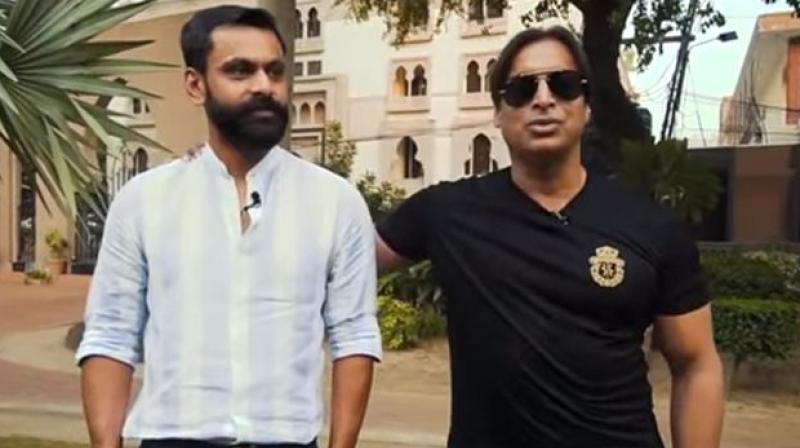 Recently, Pakistani all-rounder Mohammad Hafeez has revealed some shocking facts about the issue. Moreover, Hafeez also slammed all the Pakistani players, who were involved in spot-fixing. (Photo:Screengrab/Youtube)

Mumbai: Since the 2010 spot-fixing scandal that rocked the Pakistan cricket team, their players have become honest and open about any match-fixing scandals.

Ever since the 2010 match-fixing scandal, the players have spoken against this issue as it has dampened the genuine spirits of the gentleman’s game.

Recently, Pakistani all-rounder Mohammad Hafeez has revealed some shocking facts about the issue. Moreover, Hafeez also slammed all the Pakistani players, who were involved in spot-fixing.

In 2010, the cricketing world came to a standstill, when three famous Pakistani players – Mohammad Amir, Salman Butt and Mohammed Asif – were banned by the International Cricket Council (ICC) for their alleged involvement in the in-famous match-fixing scandal.

While in 2017, another Pakistan cricketer, Sharjeel Khan was banned from all formats of the game for his alleged involvement in the spot-fixing scandal that rocked the Pakistan Super League.

Nevertheless, Mohammad Amir returned to the international cricket scenario after serving his five-year ban. Along with Amir, the other players also might return to the national team sooner or later.  But veteran batsman Hafeez believes that there must be a better way to deal with the accused players.

Speaking on the revelations that he has to make, the 39-year-old cricketer stated that he is thankful to parents for raising him up and properly educating him on all spheres. Hafeez also believes that those accused players made the headlines due to their lifestyle.

Moreover, he also said that he himself used to be cautious regarding this matter, and, hence, so far, the senior cricketer has managed to keep himself away from such controversies.

In an interview with Pakistan’s former speedster, Shoaib Akhtar on his Youtube Channel, Hafeez revealed, “I’d like to thank my parents for the upbringing as they set guidelines for me that helped me later in my life because as you know when you have success in professional life, there are things around you that are not right. I have always been careful and have never made myself an object of controversy – and those who were mentioned in a wrong way, I feel their lifestyles had big issues.”

The Pakistani player also stated that once he tried to protest against those players. But, the response he got was – “Either play with them or quit the team”. Hafeez, ultimately, had no choice but to play with the alleged players.

The 39-year-old also admitted that it was wrong of him to play with them, but he could not have done much about it.

“I raised my voice in this regard but I was told in reply that they will play for Pakistan and if you wish to play as well, then you decide [what you want to do] and I was like really. So I went home and took advice as I did not want to spend giving my positive energy for Pakistan so I continued along with all those players although that was wrong and I still say that is wrong and will never be fruitful for Pakistan,” Hafeez stated.