Silverwood has advocated a more conservative approach to test cricket, with skipper Joe Root emphasizing the importance of patience. 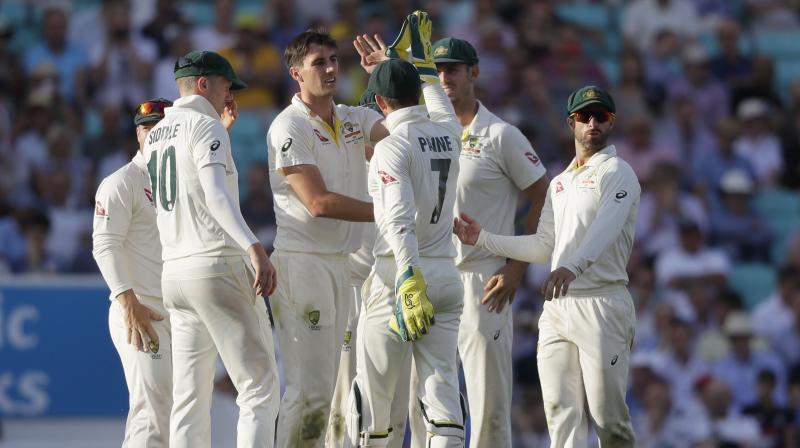 With Australia retaining the Ashes earlier this year, England, under new coach Chris Silverwood, have embarked on a two-year project to reclaim the urn in 2020-21. (Photo:AP)

Wellington: England’s two-match series in New Zealand is not part of the World Test Championship but will be no less significant for the tourists as they prepare to showcase a more patient brand of cricket under their new coach in Mount Maunganui on Thursday.

With Australia retaining the Ashes earlier this year, England, under new coach Chris Silverwood, have embarked on a two-year project to reclaim the urn in 2020-21.

Jettisoning the aggressive style championed by his predecessor Trevor Bayliss, Silverwood has advocated a more conservative approach to test cricket, with skipper Joe Root emphasizing the importance of patience ahead of the series.

“We have to try to bat longer. It doesn’t matter how long it takes to get a good score on any given wicket,” Root said.

“It would be nice to get used to batting for 120 overs more regularly, especially in the first innings.

“And it doesn’t just apply to our batting. It’s with the ball as well. We have to be prepared to go at two an over and build pressure in different ways.”

England are also leaning more toward youth, packing seven under-25 players in their 15-man squad. Four of them — Ollie Pope, Sam Curran, Dominic Sibley and Jofra Archer — could see action in Mount Maunganui this week.

Root will be back at his preferred number four against New Zealand, ahead of Ben Stokes, while Dom Sibley will partner Rory Burns at the top, but England’s bowling unit looks less intimidating in the absence of James Anderson and Mark Wood.

Archer, playing his first overseas test series, might have to shoulder the extra burden.

Currently ranked second in the world, one place above England, New Zealand have lost only one of their last 15 tests on home soil.

Their batting has been bolstered by skipper Kane Williamson’s timely recovery from a hip injury ahead of the inaugural test at his home ground.

“It doesn’t restrict my movement too much, it’s only in certain specific positions, it’s more that happens in a wide squat or these sort of things,” Williamson told Radio New Zealand of his injury.

“If it doesn’t get too aggravated ... then it’s fine. You are always managing bits and pieces of your body.”

Williamson will share the scoring burden with Henry Nicholls and Tom Latham — all three test batsmen ranked in the top 10 — as well as veteran Ross Taylor.

They also have a potent pace attack, as England found out in Auckland last year when Tim Southee and Trent Boult bundled them out for 58 in the first innings.

Neil Wagner, known for his penchant to bounce out batsmen, completes New Zealand’s three-pronged seam attack while Lockie Ferguson, their World Cup hero, will be looking forward to a test debut following his maiden call-up.