The team balance, on these slower surfaces would be based on the right combination of spin and pace. 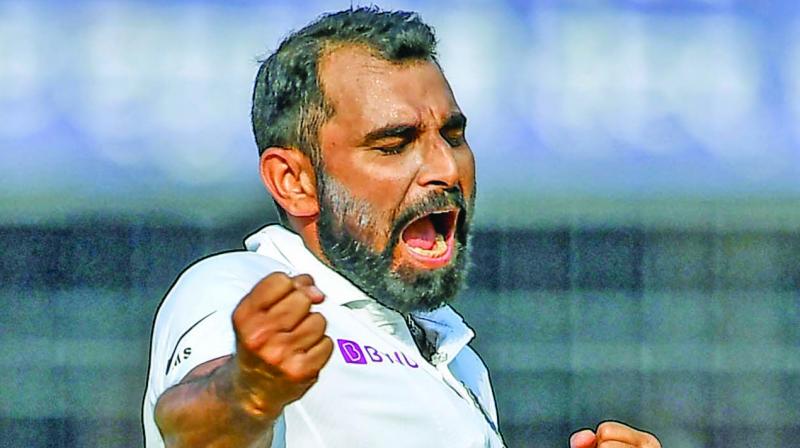 The Indian ‘seam’ team gave the world of cricket a reality check once again. Their role in India’s innings and 130-run victory against Bangladesh has given cricket analysts food for thought the way they have bowled on good batting pitches. To tackle three fast bowlers on sub-continental pitches would never have been a problem for any international batting team in the past and it was never a point to ponder, forget worry about.

The decimation of South Africa and Bangladesh in the last two months, by big margins has put the case for Team India very high when it comes to rankings in the World Championship of Test cricket. The successful effort in the four home Tests does have it’s genesis in the equal balance that team India possesses and what the management has worked towards.

The batting has been simply phenomenal with Mayank Agarwal, Rohit Sharma and Ajinkya Rahane coming tops with cameos by others including Virat Kohli and Cheteshwar Pujara. The real value, however, has been from the bowling department. The hard work put in by the team coaches, particularly bowling coach Bharat Arun, is bearing fruit the first signs of which were seen when we beat Australia Down Under.

During the 2018 tour of England, the Indian bowlers got major breakthroughs early in the innings in most Test matches but somehow spluttered and gasped when it mattered most. More often than not, they allowed the tail to wag a bit more often than they should have which cost India the series which, in terms of raw results, looked completely one sided towards England. A similar vein of getting early wickets and floundering a good start was also seen when the team toured South Africa.

Even as the team won an odd Test match in a tough away series’ like in England and South Africa, it never looked like they were ready to wrap up and come on top. There were two obstacles, the mental toughness to keep up the pressure on the opposition and the twenty-wicket barrier. When Nathan Lyon nicked Ishant Sharma into the gloves of Rishabh Pant at Melbourne Cricket Ground, India not just created history of beating the Aussies in a Test series for the first time but earned themselves tremendous self belief.

Coming back to India as heroes having won the mace of the number one team in the International Cricket Council Test rankings, the biggest ask facing the team and its management was to maintain their position. Particularly as they were also to begin the World Championship of Test cricket. From campaigns on fast bouncier and seaming pitches in South Africa, England and Australia, their 2019 campaign would be mostly on flatter surfaces in the sub continent barring a tour of the Caribbean.

The team balance, on these slower surfaces would be based on the right combination of spin and pace. What has stood out as far as the Indian bowling is concerned their complete focus on the right areas to bowl to batsmen and the concentrated effort at being consistent. Many years ago, in a conversation with Karsan Ghavri who was then the bowling coach with the National Cricket Academy, the former Indian pacer had mentioned that we did have the arsenal but were firing the same in the wrong direction.

“The day our bowlers bowl the correct line and length with consistency, you will see the difference,” he had said. Ghavri, who was an attacking bowler with a never-say-die attitude, was prophetic and confident that the day, we are seeing now, was just around the corner. The biggest value-add one has seen in the four Tests (against the Proteas and Bangladesh) so far is that the Indian attack keeps going for the jugular not allowing the opposition any leeway. A much needed attribute that was missing from the Indian teams of the past.

In a post match interview after the Indore Test, the three Indian pacers were complimenting one another, giving due credit to each other for the victory.  The take home of that was that this Indian team has a very different approach, one of attack and strategic planning. For the first ball to be bowled by a spinner coming in the 24th over just shows the dominance of the Indian new-ball attack. That too on an Indian pitch.

The way the absence of Jasprit Bumrah has not been felt and the how the spinners, R. Ashwin and Ravindra Jadeja, have complemented the pacers shows India is now ready to wrap the current series and take on tougher opponents in their den. The forthcoming tour to New Zealand would be a great indicator of India’s real challenge in the Test championship.