Nehra felt the Indian batsmen might have struggled in the overcast conditions on a green top here. 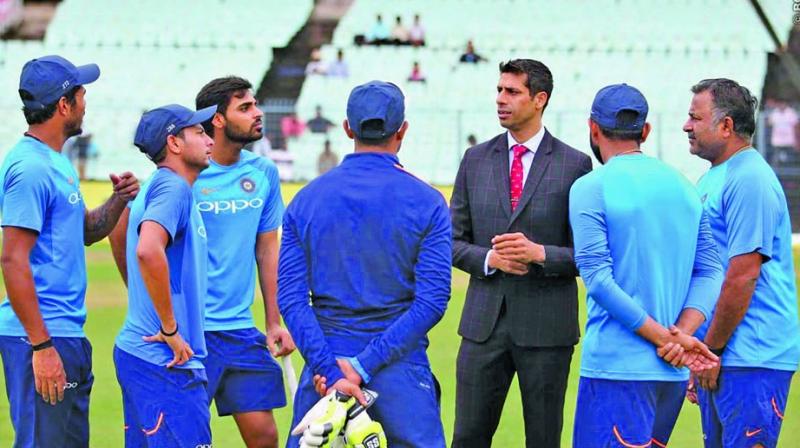 Ashish Nehra in conversation with members of the India team. (Photo: BCCI)

Kolkata: Recently-retired pacer Ashish Nehra on Friday rated India’s bowling attack as one of the best and said the ongoing first Test against Sri Lanka on a “green” Eden wicket was ideal preparation for the hosts ahead of their gruelling tour of South Africa.

India will embark on a two-month long tour of South Africa where they will play three Tests, six ODIs and three T20s starting January 5 next year in Cape Town.

Nehra felt the Indian batsmen might have struggled in the overcast conditions on a green top here, but it provided them with the perfect opportunity to prepare for the grueling overseas tour.

“The Eden wicket is good preparation for India’s tour of South Africa. In South Africa the ball will have carry and lateral movement. This (Eden) wicket is giving them a good test of roughly what lies ahead,” said Nehra.

“It does not swing much here. To be honest I don’t remember when we played on such a wicket. Because of rain there is more moisture underneath and it is helping seam and swing bowlers,” said Nehra.