Coming out of his cooling-off period, the left-arm spinner is continuously performing to earn his Mumbai cap back. 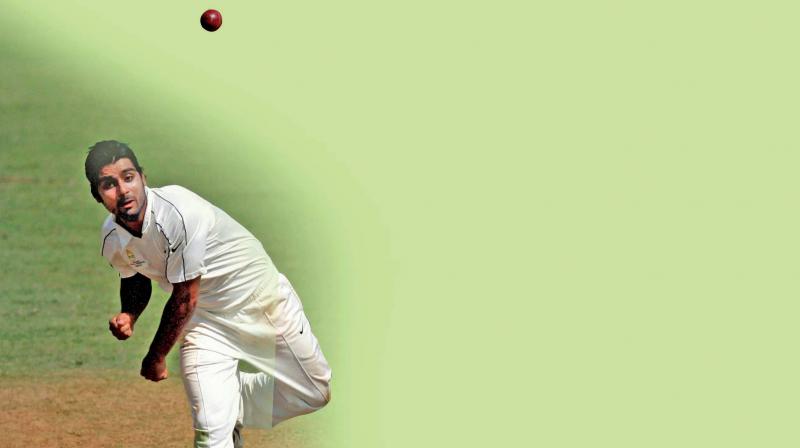 In 2016, Iqbal Abdulla made up his mind to leave Mumbai and play for Kerala’s domestic team. The 28-year old left-arm spinner felt that he was not wanted in the team and packed his bags for the not-so-ambitious Kerala outfit.

He only played for a year, bagging 26 wickets in 17 innings before returning to Mumbai. “Offers bohot thhe par Mumbai aana hii tha (I was getting a lot of offers, but I had to come to Mumbai),” he says.

But according to Mumbai Cricket Association’s rule, that  demands a player to serve a year long cooling-off period, Abdullah was not eligible for selection in any format. The club season, however, panned out perfectly for the Azamgarh-born-cricketer. He was picking up wickets and getting runs for his club DY Patil Cricket Academy, but it was worthless then since Abdullah was not entitled to a call-up until the beginning of the 2018/19 season.

Even now, he continues to perform. On Sunday, in Kanga League fixture, he picked up three quick wickets against Regal CC.

As the pre-season training began, he was snubbed by the selectors from the probable player’s list and the squad for Vijay Hazare Trophy which starts from September 19. He has tons of experience in first-class cricket with 50 caps and 49 Indian Premier League games. The bowling department of the Mumbai domestic team struggled last season as well, having no experienced figure in the dressing room.

On the other hand, his performances have not been poor either. Abdulla picked around 19 wickets in the KSCA tournament in Bengaluru last month. This feat ignited the hope of a call-up. “I have moulded myself into an all-rounder. If you look at my performances, I have picked up wickets and scored decent runs with the bat,” he says.

“I knew that whatever I did last year, it would go in vain since I was serving the cooling off period. As a professional cricketer, it is really difficult to not play for a year. I will continue to perform and I will wait for my call-up,” he adds.

Road to revival
His inactivity in the first-class cricket hampered his chance to get an IPL contract as well. A nifty player for Royal Challengers Bangalore and Kolkata Knight Riders, Abdulla picked up 40 wickets in 49 matches for both teams.

Now the cash-rich league looks like a long road to him. “IPL khelna hai…zaroor khelna hai (I want to play in IPL... ofcourse I want to play in IPL),” he emotes as he goes on  to explain “I don’t want to rush into things right now. I will go step by step. First I will make my return to the squad and then work my way to an IPL contract.”

The left-arm spinners in the Mumbai squad-Karsh Kothari and Shams Mulani are still raw, and that could possibly make way for Abdulla if he maintains his composure and  performance.