The number 4 position has been quite a headache for India and has been the biggest talking point all over the country. 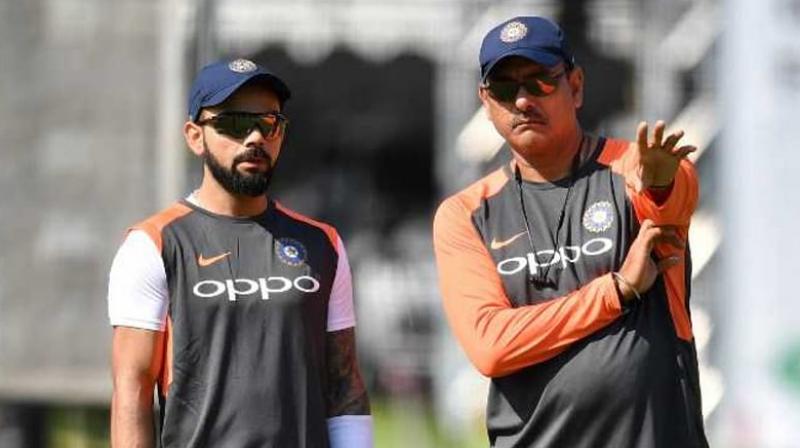 Shastri also went on to praise the youngsters in the side. (Photo: AFP)

Mumbai: Indian cricket team head coach Ravi Shastri has named Shreyas Iyer as the batsman who will come to bat at number 4 for India in the upcoming ODIs.

Speaking exclusively to Times of India, Shastri said, “One of the areas we concentrated on over the last two years was to blood as many youngsters as possible. Shreyas Iyer, for instance, he is going to stay at No. 4,”

Rishabh Pant, who was recently elected to bat at the number 4 position in the ongoing India tour of West Indies, has failed miserably at the position. Shreyas Iyer, on the other hand, played some fabulous knocks at the number 5 position.

Shastri also went on to praise the youngsters in the side and said, “Bench strength is everything if we’re looking at things from a long-term perspective. That constant flow of fresh, young talent has to be there. Be it Rishabh or Jasprit Bumrah, Kuldeep, Hardik, Mayank, Shankar - they’re there, constantly raising their hands up. That kind of a pool does wonders when the only objective is to ensure you don’t end up with, let’s say, any kind of deadwood,”

Virat Kohli, the Indian cricket team captain, was also in high praise of the youngster. After the third ODI match against West Indies, he said, “He understood the value of performing in these situations. The way he (Shreyas Iyer) batted out there, he took a lot of pressure off me. His knock was the game-changer. We want to have people take responsibility at different batting positions. But he certainly presented a strong case for himself. He completely played in full control and was putting pressure on the bowlers,”