The incident happened last week when the player saw a man with a backpack bag suddenly jumped in to the lift. 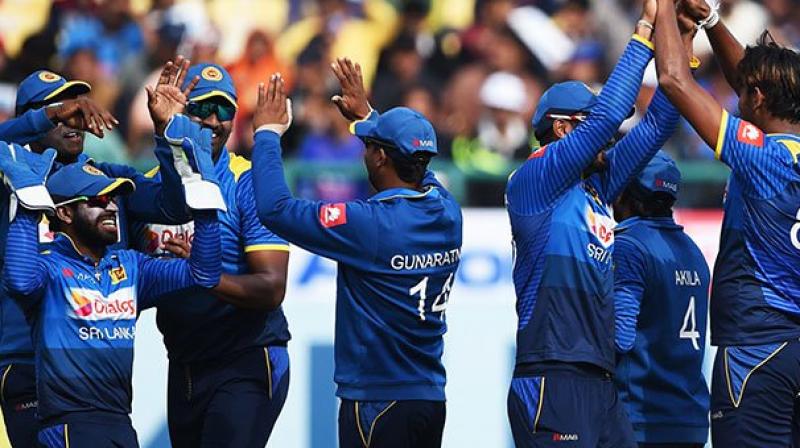 After seeing the footage on CCTV and detailed investigation, the incident was reported to be out of danger. (Photo: AFP)

Mumbai:  One of the Sri Lankan players in the current World Cup squad "alerted" the security when he noticed a suspicious man in the same hotel lift, it is learned here.

The incident happened last week when the player saw a man with a backpack bag suddenly jumped in to the lift where the player was returning to his room.

"The player did not suspect the stranger to be a bookie or a match-fixer and hence the anti-corruption officer did not come in the picture but it was suspected that the man may have some explosives in his bag and the matter was brought to the team management and the security people were immediately alerted", the source, privy to the information, said to the reporter.

The team in London was staying in Hotel Park Plaza (River Side).

"The security was one among other problems that the team management has taken up with the World Cup organizers.”

After seeing the footage on CCTV and detailed investigation, the incident was reported to be out of danger.

It is learned that the said hotel has no card-keys which can restrict the lift-floor entries The card-keys only open the rooms.

Interestingly, the Sri Lanka Cricket (SLC) board and government had sent two policemen travelling with the team before the World Cup but they have returned to Sri Lanka and the security of the world cup teams now rest with the ICC.

In another development, the team management has also taken up the laundry issue with the liaison officer.

"Our team management has sent a complaint. Once again the laundry was messed up (in London hotel). Things are missing. We have informed the liaison officer," a well-placed source revealed to the reporter.

The team has reached Leeds and hoping for the better luck now.