Shoaib Malik, Sania Mirza hits back at trollers for criticising them un-necessarily 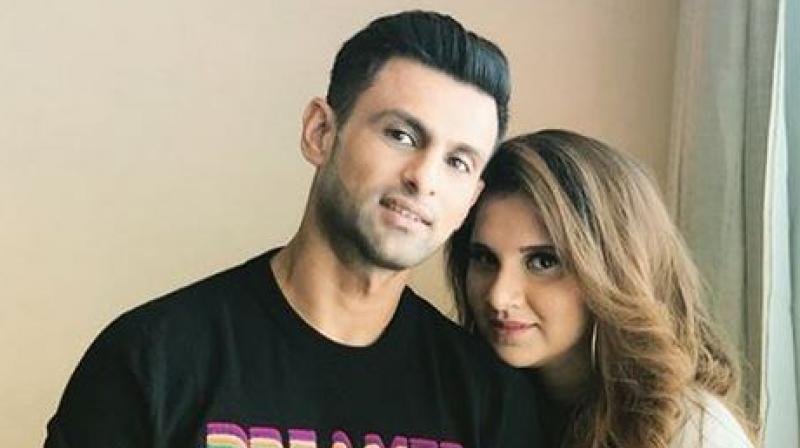 Pakistan cricketer Shoaib Malik and Indian tennis sensation Sania Mirza have blasted away the Pakistani media, after the media claimed that Malik along with few other team-mates were partying and smoking ‘shisha’ just few hours ahead of the crucial match against India in Manchester. (Photo: realshoaibmalik/instagram)

Mumbai: Pakistan cricketer Shoaib Malik and Indian tennis sensation Sania Mirza have blasted away the Pakistani media, after the media claimed that Malik along with few other team-mates were partying and smoking ‘shisha’ just few hours ahead of the crucial match against India in Manchester.

The highly-awaited India Pakistan match was expected to be an intense match, but unfortunately, the match became an-one sided contest as India crushed Pakistan by 89 runs (DLS process). When wickets started to fall, Shoaib Malik too was bowled out for a first ball duck. Eventually, the team ended up 89 runs short of the winning mark.

After the team’s defeat, pictures and video started spreading on the social network sites. The photo shows Malik, Imad Wasim and Wahab Riaz sitting in a restaurant based in Manchester. The pictures were reportedly taken before the India Pakistan match. Pakistani cricketer Shoaib Malik and Indian tennis ace, Sania Mirza was also seen in the picture.

Shoaib Malik didn’t take the pictures in good light as he took to twitter to vent his anger out. In a tweet he stated that the photos were clicked on June 13 and not before the India Pakistan match, Malik indirectly hit out at the media for claiming false information.

When will Pak media be accountable for their credibility by our courts?!

Having served my country for +20 years in Intl Cricket, it’s sad that I have to clarify things related to my personal life. The videos are from 13th June and not 15th

Moreover, He also urged the fans and the media to not bring family matters in such petty cases.

On behalf of all athletes I would like to request media and people to maintain respect levels in regards to our families, who should not be dragged into petty discussions at will. It’s not a nice thing to do

Earlier, after Pakistan lost to India by 89 runs in the ICC cricket World Cup 2019, the Pakistani fans trolled Shoaib Malik for getting out cheaply. The fans didn’t even spare his wife Sania Mirza. Sania Mirza and Shoaib Malik found themselves in a spot of bother after their picture from a restaurant in Manchester went viral. Seeing the fans’ criticizing them brutally, Sania along with Shoaib blasted the media and the fans for intruding their private space.

Check out how Sania replied after the fans lashed out at the couple for dining out at a restaurant:-

@realshoaibmalik leave, please leave. You are good for nothing. And if you are not convinced, @MirzaSania kindly do us a favor and ask him to quit! #CWC19 #CWC2019 #INDvsPAK

😂That’s the video you shot without asking us,disrespecting our privacy even though we had a child with us?& got told off for doing so,& u came up with this crap?FYI ‘outing’ was dinner & yes ppl are allowed to eat if they lose a match!Bunch of fools!Try better content nxt time😂 https://t.co/51gnkMWUYu