The 50-over tournament will be the game's fourth event to be fully or jointly hosted in New Zealand. 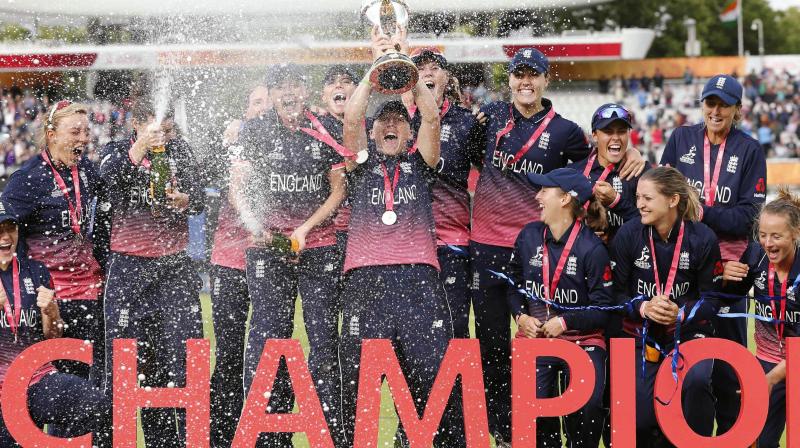 The hosts New Zealand and four other top teams based on the ICC Women's Championship standings will gain direct qualification for the 2021 tournament. (Photo: AFP)

Christchurch: ICC Women's Cricket World Cup 2021 will comprise a total of 31 matches, including the semi-finals and the final, beginning January 30 in New Zealand.

The 50-over tournament will be the game's fourth event to be fully or jointly hosted in New Zealand after two men's World Cups in 1992 and 2015, and women's event in 2000. The World Cup 2021 will run from January 30 to February 20, a New Zealand Cricket (NZC) statement said.

The hosts New Zealand and four other top teams based on the ICC Women's Championship standings will gain direct qualification for the 2021 tournament. Currently, the top four teams in the point table are - Australia (22), defending champions England (22), India (16) and South Africa (16).

While the remaining three teams will get a second chance through the ICC Women's Cricket World Cup Qualifier event in which the sides will be joined by Bangladesh and Ireland, and the winner of each regional qualifier in 2019 - Africa, Americas, Asia, East Asia Pacific and Europe.

Sports event practitioners Liz Dawson and Andrea Nelson have been appointed as chair and chief executive, respectively, of the Cricket 2021 Ltd - the independent company set up to run the ICC Women's World Cup 2021 in New Zealand.

Nelson, on the other hand, has been GM New Zealand for the Rugby League World Cup 2017, and Director of Marketing and Communications for the FIFA U-20 World Cup. She will assume her CEO duties later this month after completing her current commitments on the inaugural Oceania Cup and Great Britain Lions Rugby League Series.

"This tournament is well positioned to take women's cricket to the next level - by showcasing the world's best to new audiences here in New Zealand and around the world," Nelson said.

"I'm excited to be part of this event, which we hope will provide a global platform for the women's game and inspire a new generation of girls and boys to give it a go."

"With this event, alongside the International Working Group on Women in Sport and Women's Rugby World Cup, New Zealand will have the chance to make its mark as a global leader in women's sport," she said.

Dawson said it is a privilege for New Zealand to host such a significant tournament.

"This a fantastic event with a truly global reach and will bring together in New Zealand some of the best athletes in the world. It's a real growth opportunity and we aim to do the International Cricket Council and world cricket in general, proud," Dawson said.