Jadhav successfully passed a fitness test which was conducted by Farhat at the MCA's BKC facility on Thursday morning. 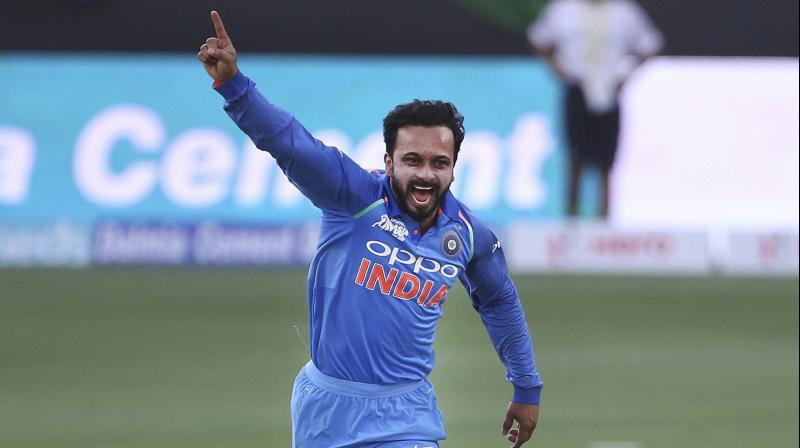 Mumbai: India's middle-order batsman Kedar Jadhav has been declared fit to play in World Cup 2019 in England. The 34-year-old's dream of playing the prestigious tournament was in jeopardy after suffering from a shoulder injury while playing for Chennai Super Kings in IPL 2019.

Jadhav has been declared fit for the World Cup and will board the flight to London with rest of the Indian squad on May 22. He has managed to recover well under the eye of Team India's physio- Patrick Farhart, who submitted Jadav's fitness report which cleared Jadhav to the BCCI.

Jadhav successfully passed a fitness test which was conducted by Farhat at the MCA's BKC facility on Thursday morning.

Jadhav has proved his mettle in both batting and bowling departments. Furthermore, he also has the experience of playing 59 ODIs, in which he has amassed 1174 runs at an average of 43.50. He also has scored two tons and five fifties in his career.

His bowling ability has proved to be a vital element for the team. Utilising his unorthodox action, Jadhav has the potential to pick up wickets at regular intervals. Living up to his tag of a part-time spinner, Jadhav has picked up 27 wickets at an average of 34.70.

The recovery of Kedar Jadhav crushed the hopes of Axar Patel and Ambati Rayadu, who were hoping to turn the tide in their favour. The other three standbys for the World Cup 2019 are-- Rishabh Pant, Ishant Sharma and Navdeep Saini.