The ebullient cricketers may have made a smart impression in the first World Cup. 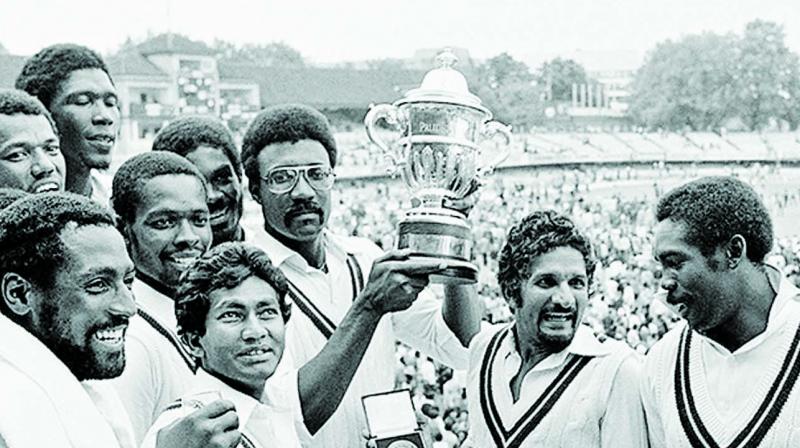 The first major win for India in limited-overs cricket came on the tour of Pakistan in which the visitors edged out the hosts by four runs in Quetta in 1978. But the series had a controversial end as India felt denied by the use of free bouncers by Sarfraz Nawaz when they were in a winning position in the decider.

The 1979 World Cup may have seemed more like a preparation for the four-Test series in England. The same eight-team format and 60 overs per innings was used and India had to think of New Zealand and Sri Lanka as their main threats to qualifying to the semis. Fielding what was more or less their Test side, India had a most disastrous campaign.

The reputation of the West Indies as unbeatable in the newfangled format with their free scoring batsmen and lightning fast bowlers seemed to overwhelm India in the opener. BS Chandrasekhar was not picked as a surprise bowler in the squad, but, once again, the batsmen had failed to deliver the goods and New Zealand romped home.

To the shock and dismay of Indians cricket fans, Team India went down to Sri Lanka too. The ebullient cricketers may have made a smart impression in the first World Cup. They were a non-Test nation then and they surprised the cricket world in containing India and winning handsomely for their first ever LOI win and the first by an Associate Member. Duleep Mendis was man of the match even as Siddath Wettimuny and Roy Dias scored splendid half centuries. India ended 47 runs short in chasing 239 at Old Trafford on a Monday in the match that began on a Saturday.

The World Cup went to the West Indies once again, this time with a faultless performance. Pakistan had stretched them in a league game in 1975 with the West Indies squeaking home in a last wicket stand. This time they were ousted in the semi-final despite a fine stand between Majid Khan and Zaheer Abbas.

The might of the West Indians was on show in the final against England when Lord’s was bursting at the seams with a crowd of 25,000. Richards was the king of all he surveyed in a swashbuckling 138 off 157 balls (11x4, 3x6) while Joel Garner executed England with 5-38 after twice being on a hat-trick in a spell of five for 4 runs off 11 balls at the death. The world was convinced the West Indies could not be beaten.