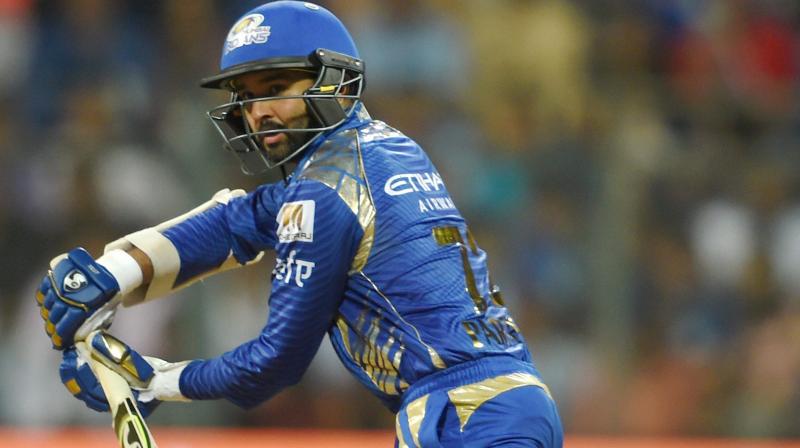 “These kinds of things can happen in this format when a set batsman is batting and when someone like (MS) Dhoni is batting. Obviously, we were in control, but I won’t say just because those two overs we lost the game,” said the wicketkeeper-batsman.

“This was probably the par score. We were thinking 160 but we lost too many wickets after six overs,” added Parthiv, who scored 52.

RPS, who were struggling at 121/3 after 18 overs, were propelled to 162 as M.S. Dhoni and Tiwary hammered 41 runs in the last two overs bowled by Mitchell McClenaghan and Jasprit Bumrah.

Asked whether Bumrah missed the trick bowling just a couple of yorkers in the last few overs, Parthiv said: “No. If you have seen the last couple of games or even last year, he has been successful against Dhoni. He got him out in the last game here. You sometimes have to give it to the calibre of the batsman as well. There is nothing taking away from Bumrah. He has been bowling brilliantly throughout the tournament. But one-off games like this, you have to give the credit to someone, who has played so many knocks like this.”

Parthiv, who did not feature in MI’s last league game against Kolkata Knight Riders as MI made six changes to their playing XI, also played down the suggestions that chopping and changing affected the team against RPS.