'We just need to go there and hope a bit of luck- weather, a missed no-ball goes your way, and you could win the tournament,' said Steyn 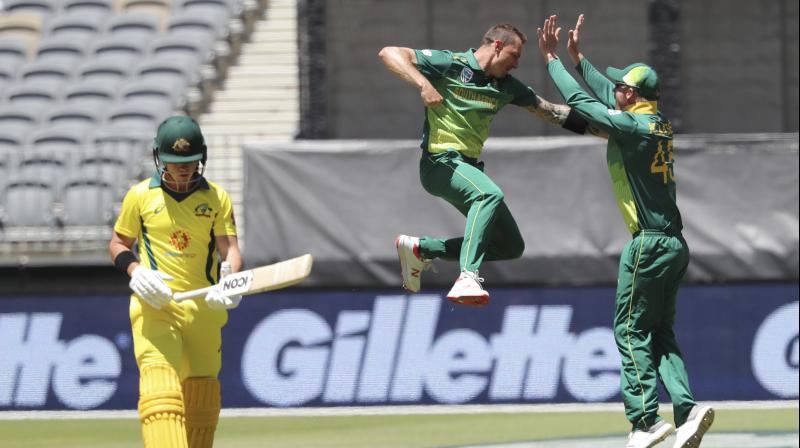 Souht Africa have won 11 of their last 13 ODI series, and have not lost a single ODI series in two and a half years. (Photo: AP)

Ahead of his first Indian Premier League (IPL) 2019 for Royal Challengers Bangalore, Steyn said the likes of Quinton de Kock, Faf du Plessis, and Kagiso Rabada has given his national side a reason to be confident for the 50-over marquee event, starting May 30 in England and Wales.

"We are led by Faf, who has been in fantastic form late. And in the IPL, Imran Tahir has been right up there in terms of wickets. From Quinton de Kock all the way down to number 11, they are all match-winners. We just need to go there and hope a bit of luck – weather, a missed no-ball – goes your way, and you could win the tournament," ICC quoted Steyn, as saying.

"You look at KG (Rabada), he has been bowling exceptionally well. Kagiso is a wunderkind. Just hope he continues that kind of form. He has come on to the scene in international cricket and grabbed the opportunity with both hands.

We have seen players come in, show signs of extreme excellence and then fade away, but KG is someone we can get used to."

"I do not think South Africa have lost an ODI series in two-and-a-half years (they have won 11 of their last 13 ODI series). We are going with good expectations. If you are not going to the World Cup expecting to win, then you probably should not go," he said.

When asked to pick a side other than South Africa that could lift the trophy, Steyn said, "You just need to go there, figure out which teams are best adapting to the conditions and then the team that hits the ground running first has the best chance. I think every team going to the World Cup has a massive chance. England are playing in England, and they are playing some good white-ball cricket."

"I think you really need to take rankings and throw it out of the window. I do not even know what ranking West Indies have, and they just beat England. Australia were losing, and then they have started winning again,” he pointed out.

South Africa will play against Sri Lanka and West Indies in the warm-ups before opening its World Cup campaign against England on May 30 at The Oval.