Temper tantrums take over the pitch

With Bangladesh clashing with Sri Lanka & Australia sparring with South Africa, the ‘gentleman’s game’ has fallen into a bit of disrepute this year. 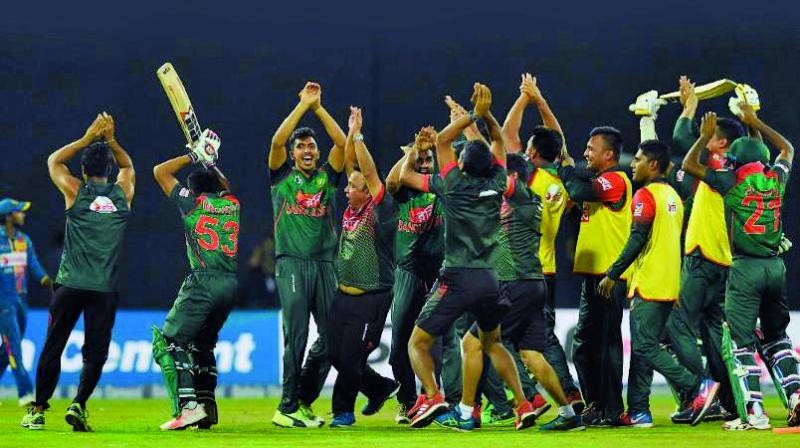 It seemed like your regular, yet pulsating encounter between hosts Sri Lanka and Bangladesh, during a game at the Premadasa stadium on Friday evening. However, as the game drew to a close, with only a few balls to spare as the Tigers looked to seal the match, tempers started to flare.

A couple of no ball appeals turned down, and a spat between a Bangladesh substitute with Lankan Thisara Perera saw the two teams almost come down to blows. So heated did the situation get that Bangla captain Shakib Al Hasan asked his batsmen to walk off.

And after better sense prevailed and Mahmudullah steered Bangladesh to victory, one of his team mates allegedly broke the glass window of the team’s dressing room, celebrating. 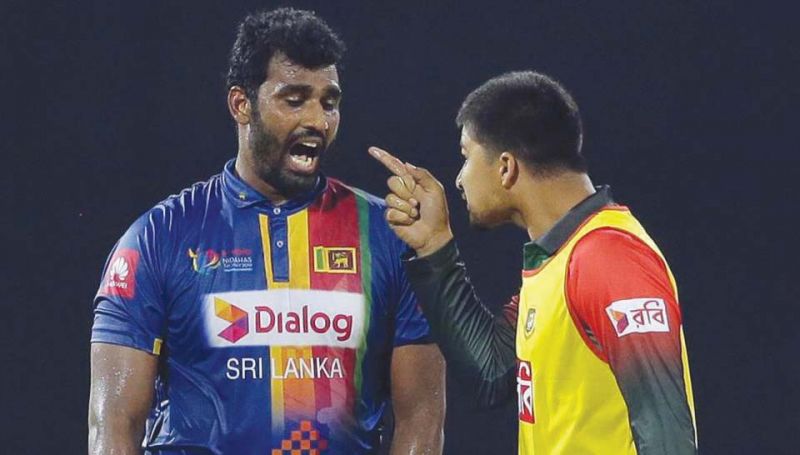 Former Indian cricketer Bishen Singh Bedi was furious to see the match unfold the way it did. “Despite the ICC (International Cricket Council’s) strict restrictions, players end up doing such things,” he says. “Shakib is such a seasoned player, and what did he do? He called his team off. The umpires should have ordered the guys who were causing nuisance off.”

Interestingly, this incident comes not days after South African pacer Kagiso Rabada was banned for two Tests for brushing against Australia captain Steve Smith. The ‘gentlemen’s game’ seems to be overrun by brash on-field incidents since this calendar year began.

Ajit Wadekar, former Indian cricketer and Arjuna Award winner, sighs, “You sledge sometimes to vent out, but there has to be a limit. Guys these days are swearing and not sledging. They seem to do many things like these when exposed to the media.”

The cricketer, who played for India between 1966 and 1974, reminisces that it used to be quite different during those days. “Back in our times, it was just the Australians who would sledge,” he laughs. “We used to tour Australia in about four or five years and would come back learning how to sledge.”

Agrees Balwinder Singh Sandhu, former Indian bowler. “When it’s in good humour, like it is with the West Indians, it’s all fun and doesn’t hurt anyone. But when you get personal, and talk about their families, it gets out of hand,” he says, referring to a bust up between Protea Quinton de Kock and Australia’s David Warner, out of the field. “I feel that these situations are almost as bad as match fixing. The thought of getting a reaction out of players is the idea that you want to win by hook or by crook.”

Bedi is scathing in his attack of Rabada too. “When you’re pumped up after taking a wicket, you should channel it better, instead of screaming. Taking five wickets in an innings is his (Rabada’s) job. You shouldn’t celebrate like that. Do you see a doctor dance after an operation?”

However, Aakar Patel, social thinker and columnist, scoffs at the idea that cricket is a ‘gentleman’s game’. “Cricket is but catching up with the rest of the world’s sports,” he says. “This kind of aggression is common in internationally played games like football, and passion is constantly running high. I think it’s quite unnatural to expect them to behave in any other way. The stakes are high during these games and tempers flay. You can’t expect them to be calmer than this!”

But as the ICC takes cognisance of the current situation, expect more fireworks over the cricket season coming up.

— With inputs from Nishtha Kanal