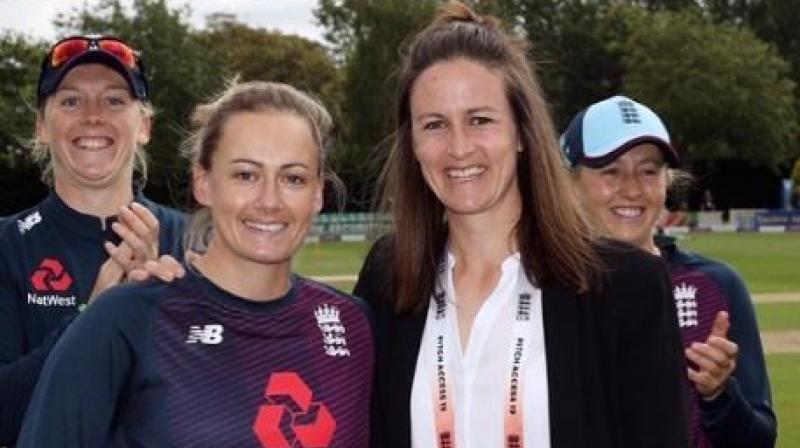 England spinner Laura Marsh on Monday announced her retirement from international cricket. The 33-year-old made her debut against India in 2006 as a seamer before switching to spin. (Photo:Instagram)

The 33-year-old made her debut against India in 2006 as a seamer before switching to spin.

She is the most successful spinner in the history of English women's cricket and third-highest wicket-taker in ODI.

She was the leading wicket-taker in England's 2009 ICC Women's World Cup success. She was one of one five members of that squad, who went on to win again at Lord's in 2017.

"Her record ranks amongst the very best bowlers in the history of our game but the stats are only one part of her impact," Managing Director, Women's Cricket, Clare Connor said in a statement.

"She'll be remembered by those who have played with her and worked with her for her kindness, her loyalty and her relentless desire to improve," said Connor.

"Not many cricketers in the world have won three World Cups, and these are wonderful memories that Laura takes into retirement with her. She's been the complete team player and a role model for England women's cricket and she will be missed," added Connor.

Wimbledon cancelled due to virus, first time since WWII

Bajrang Punia placed No.2 in latest world rankings, assured of seeding at Olympics