Labuschagne also stated that he will talk to Usman Khawaja and Joe Burns to understand the Pakistani bowlers. 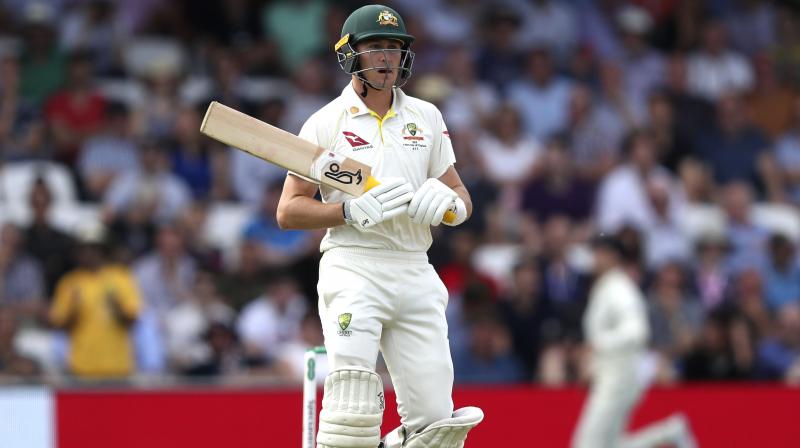 Australia's Marnus Labuschagne is trying to gain a good understanding of the Pakistani side as his side is going to face them in a two-match Test series. (Photo:AP)

Melbourne: Australia's Marnus Labuschagne is trying to gain a good understanding of the Pakistani side as his side is going to face them in a two-match Test series.

"To play for Australia you need to make sure you come to the game prepared, and have a good understanding of what you're coming up against," Cricket.com.au quoted Labuschagne as saying.

"For the next few days I'll be preparing for conditions that I know but also bowlers that I haven't seen, so I can get that good understanding. Then it's about being clear with those plans and being able to stick to it for a long period of time," he added.

Labuschagne also stated that he will talk to Usman Khawaja and Joe Burns to understand the Pakistani bowlers.

"I'll definitely talk to the likes of Usman Khawaja and Joe Burns to get a gauge of (the Pakistani bowlers') skills and the way they go about their games," Labuschagne said.

"I'll speak to Uzzy and just ask him about that sort of stuff, but I'll probably lean more on Joe just because he's a right-hander as well and obviously the angles and the shape is a little bit different, and guys tend not to be able to shape the ball into the leftie as much as they can into the righty," he added.

Australia won the three-match T20I series against the visitors by 2-0 as the first clash was abandoned due to rain.

The first Test match will begin from November 21.