Ind vs Eng: I admire how Kohli constructs his innings, says Joe Root

Joe Root says he admires the way Virat Kohli constructs his innings and makes big contributions across all the three formats of the game. 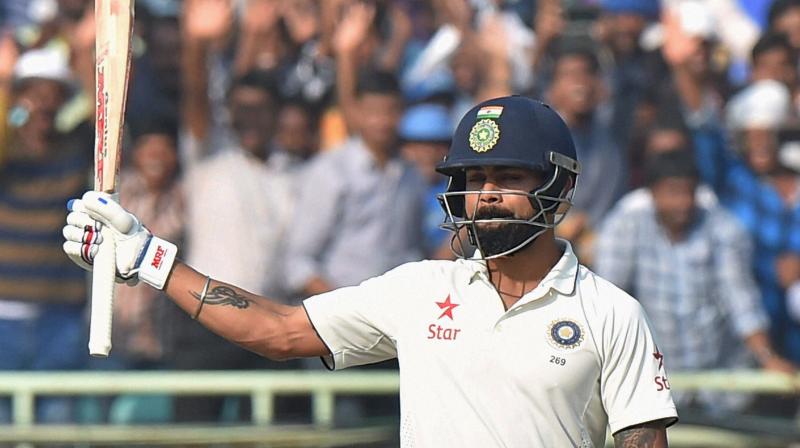 Visakhapatnam: England batsman Joe Root is all praise for Virat Kohli, saying he admires the way the swashbuckling Indian batsman constructs his innings and make big contributions across all the three formats of the game.

Root's comments came on the day when Indian Test skipper Kohli and Cheteshwar Pujara hit majestic centuries to help the hosts take opening day honours as they reached 317 for four at stumps against England in the second Test in Visakhapatnam on Thursday.

The swashbuckling Indian batsman, who is unbeaten at 151, put on a marathon 226-run stand for the third wicket with Pujara (119) after the hosts lost their openers early to the England seamers.

"I think Virat is always looking to improve his game. You see his form in white ball cricket. His record has been phenomenal over the last 12 months. In Test cricket, he has already done some special things while captaining the side. He is a great leader on the field and he is a good person to learn from, from an opponent's point of view as well," Root was quoted as saying by BCCI.tv.

"I think he is obviously a fine player. The way he can construct the innings in both white and red ball cricket and make contributions across the three formats, is really impressive. That's the way I try to do and hopefully I can emulate that and take it forward for rest of the years," he added.

Kohli, who had a pre-series record against England, averaging 20 from nine Tests, struck his first hundred against the Alastair Cook-led side.

This was Kohli's third Test century of the year. His previous tons in the year came up against West Indies and New Zealand. Both were converted into double centuries, making him the first Indian skipper to have gone beyond the 200-run mark twice in Test matches.