The neighbours have not played a bilateral series in any format since January 2013 due to prevailing tensions between the two neighbours. 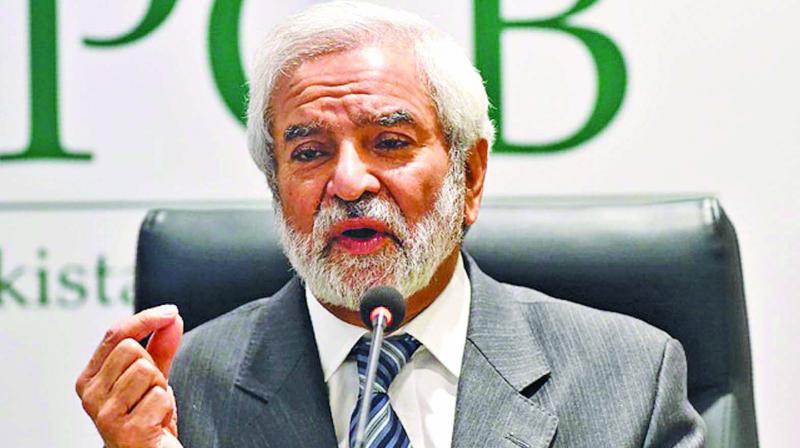 Lahore: Newly elected Pakistan Cricket Board chairman Ehsan Mani has slammed the Indian cricket board for its “hypocrisy”.

Mani, who replaced Najam Sethi as PCB chief in September this year, said it was the “will of the people” that the cricketing ties resume between India and Pakistan.

“The main thing is that we play cricket against each other. When we play cricket, especially in our countries — when we go to India or when they come here — helps in increasing people-to-people contact. Indian fans come to Pakistan. Lakhs of fans have come to Pakistan from India and everyone goes back happy,” Mani said in an interview with ESPNcricinfo.

The neighbours have not played a bilateral series in any format since January 2013 due to prevailing tensions between the two neighbours. The teams have only met in world tournaments since then.

“There’s no better way to improve the relations between countries than having sporting contacts, cultural contacts. For me, that is far more important than any amount of money that comes into the game.

“Indian public obviously love to see India and Pakistan playing, and so does the Pakistan public. Rest of the work is of the politicians and frankly, once India is in the lead-up to its elections next year, so I don't think there will be any softening in their attitude. But in the long term, the people want it and you can’t go against the will of the people forever,” the PCB chairman added.

Mani observed that India-Pakistan matches had the “highest value financially in the world” but the PCB’s desire to resume the ties was about more than just money.

Asked if he would have approached the International Cricket Council to resolve the impasse — a step taken by Sethi — Mani said he would have preferred “board-to-board discussions and board-to-government decisions.”

Mani recalled that back when he was ICC president, “I went and met the Indian government and I took with me the people that were leading the Indian cricket board at that time — Mr Jagmohan Dalmiya, Mr IS Bindra, Mr Rajsingh Dungarpur — and we went to the different ministries concerned with India-Pakistan cricket relations, and they spoke more in favour of resuming cricket between India and Pakistan than I did as a Pakistani.”

“I had to be slightly neutral since I was with the ICC. But I didn’t have to say anything — they were the ones saying we want to play against Pakistan. There is always some political interference in India but the Indian government has said, ‘Look, at the end of the day, it is the BCCI's decision to play or not play against Pakistan, but they have to come and present a case to us,’ and I took them on face value. “It took us about a year but they came in 2004 because I kept going back with people on the Indian cricket board and I was going as the ICC President and not as someone representing Pakistan,” Mani added.

The PCB chief made it clear that “we are not going to beg them” to play with Pakistan.