Steve Smith returned to international cricket to a chorus of boos but he walked off the pitch at the Oval to a standing ovation. 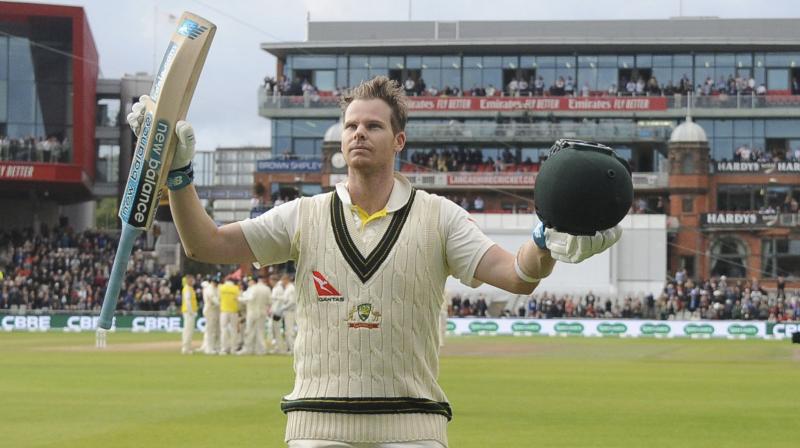 Steve Smith was subjected to boos and negative chants throughout the series by a plethora of English fans. But, in the final match of the series, it was the same group of English fans that applauded him. (Photo: AP)

Mumbai: Steve Smith was phenomenal touch throughout the 2019 Ashes. Although the series ended in a 2-2 draw, Smith produced probably one of the greatest performances in red-ball cricket. So good was his performance, that, the only time he couldn’t score at least a half-century was in his last innings. Smith’s innings of 23 runs was abruptly cut short by a beautiful Stuart Broad delivery, on the fourth day of the fifth Ashes Test.

Steve Smith returned to international cricket to a chorus of boos but he walked off the pitch at the Oval to a standing ovation after a summer of Ashes redemption. He was subjected to boos and negative chants throughout the series by a plethora of English fans. But, in the final match of the series, it was the same group of English fans that applauded him for his phenomenal effort during the entirety of the series.

After being caught out on the fourth day of the final Test by Ben Stokes, he was walking back to the pavilion. At the same moment, the English fans stood up and starting giving him roaring applause.

Reacting to this applause, Steve Smith said, “It meant a lot to have that reception from the crowd today. It’s been an amazing couple of months with the World Cup and the Ashes, the cricket has been spectacular. The series has ebbed and flowed. I’ve loved every minute and I’m really proud of how I’ve been able to perform for Australia and to bring the urn home.”

He added, “You always want to get better as a player. You need to keep working hard and continue doing what helps your team win games.”

On Mathew Wade’s superb effort, he said, “You have always got to believe. The middle of the wicket really played well. Wade showed that if you hang in there you could score. But not enough people hung in there with him.”

Jofra Archer and Steve Smith too had a worthwhile battle that raged throughout the series. Coincidentally, both of them shared the same dressing room for Rajasthan Royals in this year’s Indian Premier League (IPL). Smith said, “I saw Jofra last year at the IPL and realized he is a very special talent. He has got a very bright future.”