Litmus test for Kohli lies in building his team

Team India skipper Virat Kohli stands head and shoulders above the crowd as the world’s premier batsman against the white ball, and red ball too. 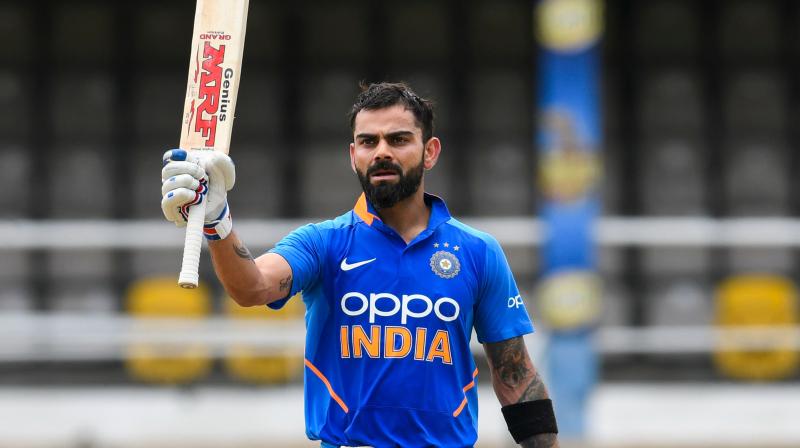 Team India skipper Virat Kohli stands head and shoulders above the crowd as the  world’s premier  batsman against the white ball, and red ball too. He is the monarch of all he surveys in this fancy world of limited-overs cricket and all set to pass Sachin Tendulkar in the matter of a world record of white ball centuries, a mere six hundreds standing between him and Kohli who has miles to go before he gets to the age when the Little Master laid down his willow. In the milestone-obsessed cricket world of centuries, Kohli is the more modern run machine, much as Daniel Craig is the modern James Bond as opposed to Sean Connery.

Any comparison between the two modern masters of Indian cricket would bring us to the old argument about comparisons being odious as they have to be made across time, if not quite eras as the careers of these two ran contemporaneously for a reasonable length of time. Given the frequency of modern cricket, it is on the cards that Kohli will soon enough pass Sachin Tendulkar’s record of 49 ODI centuries. A hundred centuries in international cricket (He has 25 Test hundreds) is not beyond him. The top of cricket’s totem pole is defined by the landmark of centuries more than any other parameter.

Kohli was a member of the 2011 World Cup winning team, which means his CV, recently boosted by his crossing 20,000 international runs, lacks little. The one thing missing though would be a victory in an ICC event in his captaincy, in which field Mahendra Singh Dhoni’s record is supreme — a T20 worlds, a World Cup (50 overs) besides a Champions Trophy (50 overs) as well as a Champion’s League title with Chennai Super Kings in a tournament with a short history but which created space for crowning a world champions of premier leagues. Tending to the seeming deficiency in his captaincy record should be the priority for Kohli.

The litmus test that will ultimately define Kohli as captain is an ICC event trophy. He missed one the day Team India lost control after putting Pakistan in at the last Champions Trophy in 2017. The top order collapse against New Zealand in the World Cup semi-final denied his team a tilt at the biggest prize in the game. He was also one among the three who fell in a trice but that tricky chase began in conditions freshened up by rain and the ball swinging at pace was so unsettling that it was a miracle India got to within 18 runs of the target. That day’s failure was as much that of Kohli the batsman as much as Kohli the captain.

Can Kohli build a team to win the next T20 worlds in Australia in 2021 — a tricky enough proposition on hard Australian pitches — or the next World Cup (50 overs) in 2024 at home? It was no idle boast that Team England began planning for the 2019 World Cup the day the team was eliminated before the semi-finals in 2015. They had a whole new plan in place, principally based on finding cricketers for the format who would be fearless in execution in the arena. They put away all the gathered wisdom on their multi-format regulars and picked white ball players who would suit best the 50-overs format.

The essence of the game is attack, but in 50 overs lies an opportunity to build to a crescendo if the formula of outright attack against the new ball fails. India, with Rohit Sharma, Shikhar Dhawan and Virat Kohli in  the top order have been an attacking team, but they have been let down by the middle order that followed them. The hunt for one solid player in the middle of the pack may be Shreyas Iyer who showed an ideal shot selection calmness under pressure that best describes a successful limited-overs batsman.

Capable as they are of brilliance in outright attack, Rishabh Pant and Hardik Pandya are probably the opposite of the ideal of shot selection under pressure. They are young and may learn. What Team India needs to do is to look ahead to a couple of years down the line and start choosing players likely to come good in white ball cricket. If the multi-format regulars continue, they might betray the idea of building for the two prime targets of the T20 worlds and the World Cup.

When you see the likes of Dhawan and Kedar Jadhav still in the side, it underscores the fact that preparation for events ahead has not yet started. Kohli and Co. must get going if Team India is to break the jinx and win an ICC event again, the last one having been in the 2013 Champions Trophy, which perhaps was gifted to India by Team England which seemed frightened at the thought of finishing the chase they had begun well. They choked then but soon began planning in detail about how to go about putting together a winning combination. Kohli must get down at once to this task.